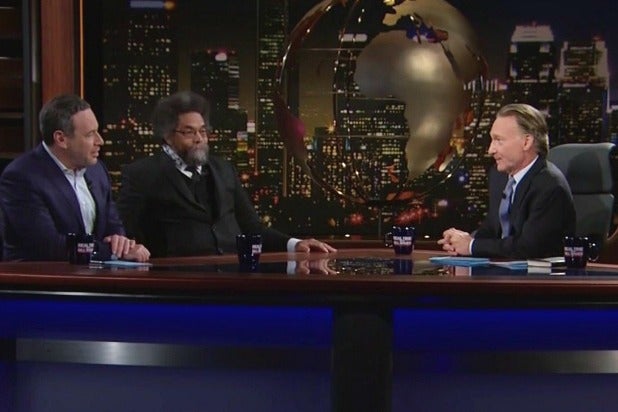 Bill Maher cut to the heart of his fears (and that of many Americans) when he asked guests on his show “Real Time” Friday night, “Can we get (Donald Trump) out before there is real damage?”

Conservative-leaning Democrat and political commentator David Frum told it like he saw it. “This is a much more dangerous time, and whatever people feel about Donald Trump, he is a canny survivor and a ruthless player,” Frum said, adding that a second aircraft carrier has arrived near Korea and is exercising.

“Donald Trump had two good days as president — his State of the Union address and the day he fired the 59 tomahawks at Syria; I think he remembers that,” Frum said evoking Maher to ask if he’s saying that Trump will fire at North Korea.

Philosopher/Democratic Socialist, Dr. Cornel West, who was also on the panel weighed in. “Donald Trump is an expression of the spiritual blackout in the country, West said. “The first thing to keep in mind is we’re going to see the best of America because we’re going to find out what kind of people we really are.”