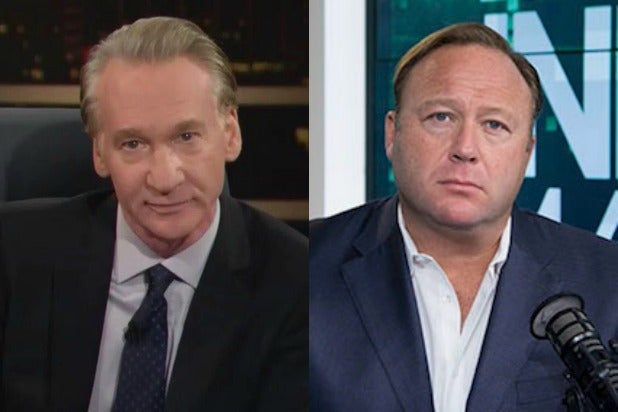 During a panel discussion with former Michigan governor Jennifer Granholm, political analyst Charlie Sykes and Axios reporter Jonathan Swan, Maher mentioned that Jones was “thrown off” a few social media platforms, which sparked applause and cheers from his audience.

“Well, if you’re a liberal, you’re supposed to be for free speech. That’s free speech for the speech you hate. That’s what free speech means,” said Maher, whose outspoken political views have always leaned left.

“We’re losing the thread of the concepts that are important to this country,” he added. “If you care about the real American s— or you don’t. And if you do, it goes for every side. I don’t like Alex Jones, but Alex Jones gets to speak. Everybody gets to speak.”

Earlier this week, Jones was booted from Vimeo over what it called “discriminatory and hateful content.”