Bill Maher sees an open opportunity to make inroads with Republicans whose “Trump fever is starting to break” by resisting the urge to call them a “stupid f—” and, instead, show “graciousness.”

On Friday night’s “Real Time With Bill Maher,” the comedian drove home the point that Donald Trump’s recent poll numbers are down substantially among his base.

Maher continued: “But more and more even the poorly educated are looking at Trump the way Leah Remini looked at Scientology — with the mixture of anger and ‘What the f— was I thinking?” 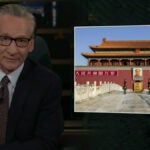 With even former Vice President Mike Pence and Senate Minority Leader Mitch McConnell “daring to say out loud finally that the emperor has no clue,” Maher sees this shift away from Trump as a “rare opportunity” to change some people’s minds about Democrats.

“The question now really is for Democrats, how are you going to handle that? Trump’s bond with his supporters is hatred for people they think look down on them. Now that these supporters are wavering, let’s not nudge them back into Trump’s embrace by showing no graciousness.”

Maher realizes there is a temptation to humiliate Republican voters who are now “finally coming to their senses about Trump to shame them call them deplorable and say, “What were you thinking, you stupid f—?’ …Don’t do that. It will drive them right back into Trump’s arms.” 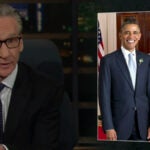 “Look,” he went on. “We’ve all had a friend who’s dated a psycho, and when they come to their senses, the last thing they want to talk about is how they dated a psycho. It took Trump voters a long time to make it all the way down the MAGA rabbit hole. To jump on them the second they poked their head out would ensure many more years of political winter.”

Instead, Maher suggests avoiding discussion of politics with them altogether, saying that talking about other “little things that’ll make them think, ‘Hey, maybe Democrats don’t all eat babies.”

“Provide a face-saving path for them to become traditional indoor republicans again,” he said.

You can watch the entire “New Rules” segment in the video at the top. 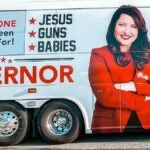