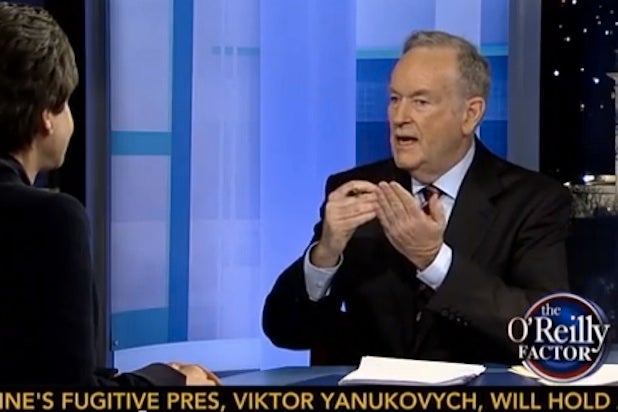 “You have to attack the fundamental disease if you want to cure it,” O’Reilly exclaimed. “Now, I submit to you that you are going to have to get people like Jay-Z… Kanye West… all of these ‘gangsta rappers’ to knock it off. That’s number one! To knock it off!”

What sparked O’Reilly’s latest rant? He recently attended the launch of President Obama’s “My Brother’s Keeper” initiative, which aims to expand opportunities for young men of color — an initiative that O’Reilly believes isn’t doing enough.

“You’ve got to get where they live!” he continued. “They idolize these guys with the hats on backwards and the terrible rock — rap lyrics and the drug and all of that, you’ve got to get these guys. And I think President Obama can do it.”

Watch the rest of O’Reilly’s interview below: