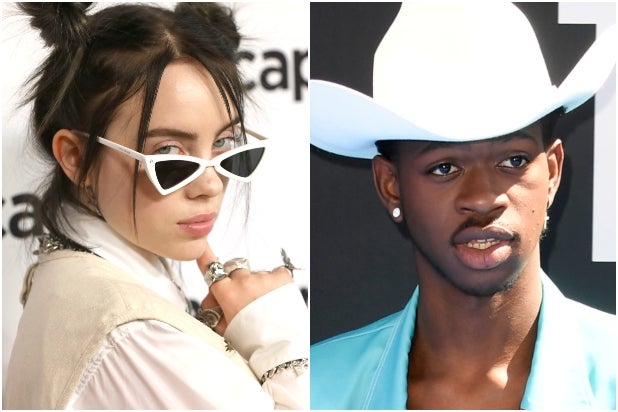 Billie Eilish ended Lil Nas X’s 19-week-long reign on the Billboard Hot 100 throne — and you should see her in a crown.

That means that Lil Nas X’s 19-week record for the longest time atop the Billboard Hot 100 is over, and Eilish is now the first artist born in the 2000s to hold the number one position. The 17-year-old Eilish isn’t the youngest artist to ever top the chart — most recently, a 16-year-old Lorde did it with “Royals” in 2013. But Eilish, born in 2001, has opened the door for artists born in the new millennium.

Eilish also set a record-high of nine weeks hovering at number two before rising to the number one slot. Before her, three songs had held number two for eight weeks before moving up: “Starboy” by The Weekend, “Sorry” by Justin Bieber, and “The Way You Move” by OutKast, according to EW.

Now that “Bad Guy” is in the lead, “Old Town Road” has been relegated to the number three slot, behind Shawn Mendes and Camila Cabello’s “Senorita.” In fourth and fifth place are Lizzo and Khalid, with “Truth Hurts” and “Talk” respectively.

Also Read: Taylor Swift Gets Her Claws Out in 'Cats' Behind-The-Scenes Look (Video)

Cyrus followed suit, also tweeting Monday, “Congratulations [Billie Eilish] Well deserved. Your persistence paid off. Thanks everybody. It was a hell of a ride.”

congratulations to billie eilish!! u deserve this!!

Congratulations @billieeilish Well deserved. Your persistence paid off. Thanks everybody. It was a hell of a ride. pic.twitter.com/vrtNvtitB7

The actress stopped by StudioWrap for an interview and photo session

Stylist: Christina Pacelli for The Only Agency