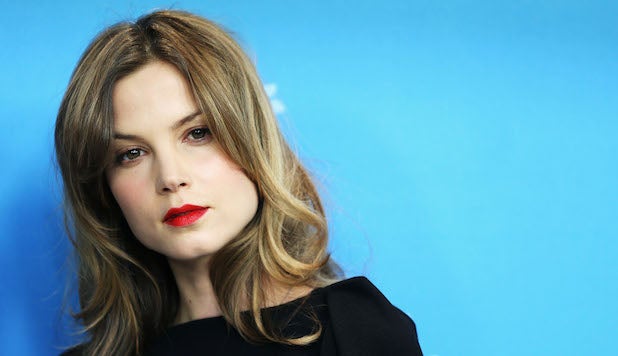 attends the 'The Best Offer' Photocall during the 63rd Berlinale International Film Festival at the Grand Hyatt Hotel on February 12, 2013 in Berlin, Germany.

Denis Villeneuve is directing the sequel, which is set several decades after the original. The script was written by Hampton Fancher and Michael Green, and succeeds the initial story by Fancher and David Peoples based on Philip K. Dick‘s novel “Do Androids Dream of Electric Sheep.”

Story details are not being revealed, and Warners will release the “Blade Runner” sequel on Oct. 6, 2017.

Cynthia Sikes Yorkin will produce along with Alcon’s Broderick Johnson and Andrew Kosove, while Bud Yorkin, the late producer of Ridley Scott‘s original 1982 classic, will also receive a producer credit.

Scott will executive produce along with Thunderbird Films CEOs Frank Giustra and Tim Gamble, as well as Bill Carraro. Gifted cinematographer Roger Deakin will reunite with Villeneuve on the project, following “Sicario” and “Prisoners.”

“Sylvia is a radiant talent, a tremendous actress with great appeal in a wide variety of roles. Her addition to this vastly accomplished international cast is a perfect fit,” Alcon’s Broderick Johnson and Andrew Kosove said in a joint statement.

Netherlands-born film, stage and TV actress Hoeks has starred in numerous Dutch and European television series and films, including the title role in the award winning “Tirza,” a local box office hit directed by Rudolf van den Berg that was the official Dutch entry for Best Foreign Language film in 2010. Hoeks has been nominated for and/or won several acting awards for leading and supporting roles, including in such films as “Het Meisje en de Dood,” “Tirza,” “Duska” and the box office hit “The Storm,” among others.

Hoeks attended the prestigious Maastricht Theatre Academy in Holland. After graduation, she made her national breakthrough with Jos Stelling’s 2007 film “Duska,” for which she won a Golden Calf (the Dutch equivalent of the Oscars) at the annual Dutch Film Festival. She quickly became in-demand for both stage and screen directors and stars in prestigious Dutch TV series like “Overspel” and “Bloedverwanten.”

In 2013 Hoeks starred alongside Geoffrey Rush in Giuseppe Tornatore’s “The Best Offer.” The film was a box office hit in several European countries and was nominated for Best Film at the European Film Awards.