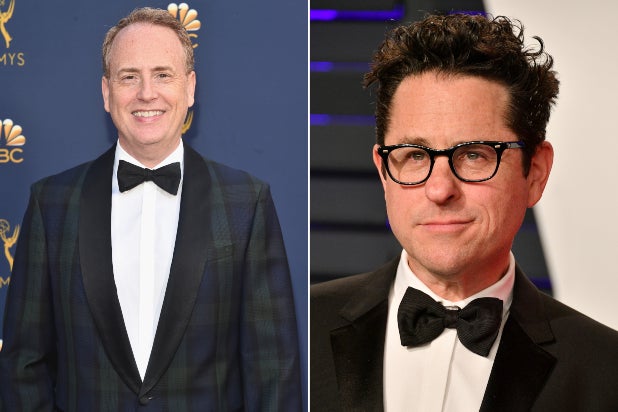 WarnerMedia Entertainment CEO Bob Greenblatt is hopeful the company can stick the landing on the reported $500 million deal to keep J.J. Abrams in the fold.

“We hope to keep him in the family,” Greenblatt said Tuesday during a panel with “Big Little Lies” star Laura Dern at the Cannes Lions Festival of Creativity.

Abrams is closing in a $500 million overall deal with WarnerMedia that will give the media powerhouse a first look at any film, TV show, video games, consumer products and streaming content from Abrams’ Bad Robot outfit, the New York Times reported on Monday. If finalized, the deal would extend a relationship that began as a TV development deal with Warner Bros. in 2006.

Both WarnerMedia and representatives for Abrams have declined multiple requests for comment.

Greenblatt sidestepped any actual confirmation of the deal, he did admit that rivals including Netflix, Amazon and Apple were trying to woo the mega-producer.

Like Disney, Apple and NBCUniversal, WarnerMedia is launching its own streaming service within the next year. Greenblatt, who joined WarnerMedia in March to head up its entertainment division — which encompasses Turner’s three main cable networks and HBO — spoke more openly about the challenges the company faces in the Peak TV era.

“Volume is both a good thing and a bad thing. It allows us to do so much more and at the same time it requires us to put things in production faster than we should,” he said. WarnerMedia CEO John Stankey made headlines last summer when he told HBO executives during a town hall meeting that they needed to increase their output, and the company has attempted to walk back those comments ever since. Richard Plepler, HBO’s longtime CEO, stepped down shortly before Greenblatt was hired.

“We just have to be careful at every step of the way to not do that. But we are in a world now where it just seems like it’s insatiable. You cannot get enough programming on so many platforms,” Greenblatt continued. “Ultimately, it’s a danger if we keep on going at that pace forever… It just seems like it’s increasing. I don’t know if that’s good in the long run for our business.”

Volume is both a good thing and a bad thing, says Robert Greenblack from @WarnerMediaGrp

Do you agree that the high rate of demand for content has an effect on final outputs?