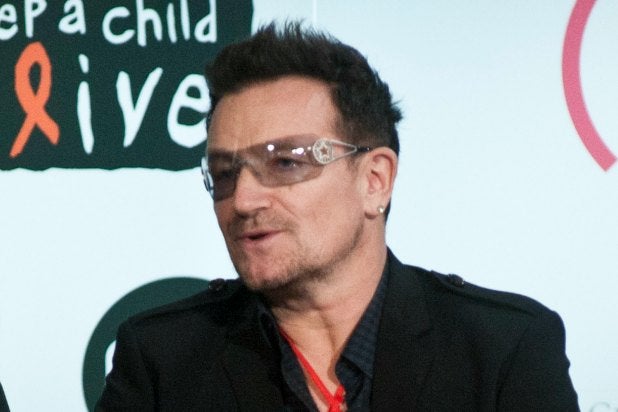 U2 frontman and human-rights advocate Bono has made Glamour’s annual Women of the Year list, joining a group that also includes Gwen Stefani, model Ashley Graham and Zendaya.

Bono marks the first male honoree in the list’s 27-year history. The magazine cited the singer’s decision to “focus on the rights of women and girls worldwide” in its announcement.

“For years our Women of the Year Advisory Board — made up of past winners, plus our editors — has put the kibosh on naming a Man of the Year on the grounds that men aren’t exactly hurting for awards in this world, and that here at Glamour, the tribe we’re into celebrating is female,” the magazine said. “But these days most women want men — no, need men — in our tribe.”

“When the president declared himself a feminist, when super-cool actors line up to endorse the United Nations’ #HeForShe campaign, when a major male rock star who could do anything at all with his life decides to focus on the rights of women and girls worldwide — well, all that’s worth celebrating. We’re proud to name that rock star, Bono, our first Man of the Year,” Glamour continued.

The magazine in particular cited Bono’s Poverty Is Sexist campaign, which is “specifically aimed at helping the world’s poorest women — those who survive on less than $2 a day.”

Also Read: Bono Raves About 'Sing Street' Stars: 'U2 Were Not as Good'

The honorees will be celebrated Nov. 14 at an event in Los Angeles, which will be hosted by actress and television host Tracee Ellis Ross.

See what stars are wearing this year for the “Manus x Machina: Fashion in an Age of Technology” theme at Anna Wintour’s annual museum fundraiser

Silver and metallics lit up the red carpet for the "Manus x Machina: Fashion in an Age of Technology" themed fashion extravaganza.