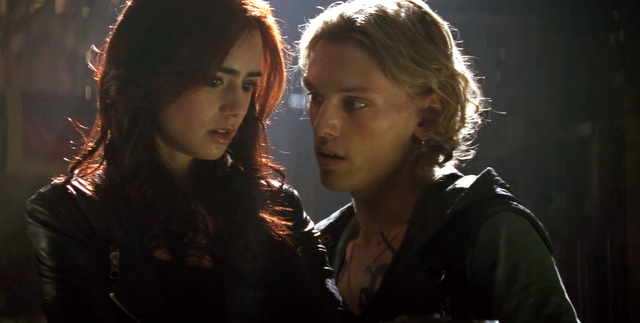 Genre movies “Mortal Instruments: City of Bones,” “The World’s End” and “You’re Next” all tried and failed to connect with mainstream audiences this past weekend. All three wound up with less than $10 million for the three days.

The fact is, capturing the attention of mass audiences with specialized fare isn’t easy. Studio marketers can usually connect with the built-in fan bases, and all three of these movies did that, at least to a degree. But breaking out requires connecting with the mainstream, and that's much tougher. Young men turned out in force for Focus Features’ Edgar Wright and Simon Pegg‘s sci-fi pub crawl comedy “The World’s End,” but that was about it.

Young girls — albeit not enough of them — showed up for the teen fantasy “Mortal Instruments,” and indie horror fans were the only ones who came out for Lionsgate’s “You’re Next,” despite mostly good reviews for the latter.

Mainstream audiences weren’t interested in any of them, at least not as much as they were in broader fare like “Lee Daniels‘ The Butler” and “We’re the Millers.” The Civil Rights saga led the soft summer weekend with a $17 million second week, and the R-rated Jennifer Aniston-Jason Sudeikis comedy was second with $13 million in its third week.

Sony only had U.S. rights on “Mortal Instruments,” produced by Constantin Films for around $60 million, so it could still make money. But the studio had high hopes for a teen-friendly franchise built on Cassandra Clare’s six-book young adult series, and a $14 million five-day opening isn’t the launch it was looking for.

Also read: 'Mortal Instruments' Not Likely to Stop the Bleeding for 'Twilight' Wannabes

It was the third “Twilight”-wannabe to misfire this year, following “Beautiful Creatures” and “The Host.” The potential payoff on a successful teen franchise is so great, however, that there will be plenty of other attempts.

Summit Entertainment on Sunday night premiered a sneak clip of “Divergent” at the MTV Video Music Awards. It was a marketing bulls-eye for the teen-targeting sci-fi film, which stars Shailene Woodley and arrives in March 2014.

And when the studio rolls out “The Hunger Games: Catching Fire” in November, you can be sure “Divergent” will be among the trailers. In an unusual movie, Summit accompanied the press release for the clip with a “Divergent” infographic, which explains the basics of the world in which the film is set.

It lays out the film’s five “virtue-based factions”: Amity the peaceful, Abnegation the selfless, Dauntless the brave, Candor the honest and Erudite the intelligent. A “Divergent” — hello, Shailene — is one who crosses over the groups.

That has to be aimed at making the storyline less arcane for mainstream moviegoers, who haven’t read the first installment of Veronica Rot’s trilogy of books.

Summit surely wouldn’t want to be handing out “Divergent” homework assignments to teenagers.