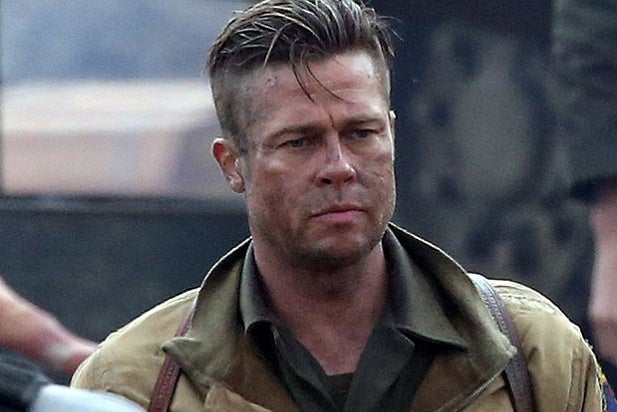 Sony has moved up the release of its Brad Pitt-Shia LaBeouf World War II saga “Fury” to Oct. 17.

The war drama directed by David Ayer (“Sabotage”) and co-starring Logan Lerman had been scheduled for Nov. 14, one week after the release of Paramount’s “Interstellar” and Disney’s animated “Big Hero 6,” and one week before opening of Lionsgate’s “The Hunger Games: Mockingjay Part 1.”

The new date is crowded – there are four other wide openers scheduled – but it moves “Fury” away from the two likely blockbusters and gives a couple of weeks to play before November heats up.

Also scheduled for Oct. 17 are Universal’s “Dracula Untold,” Open Road’s “Nightcrawler,” the Relativity romance “The Best of Me” and the animated Fox film “Book of Life.”