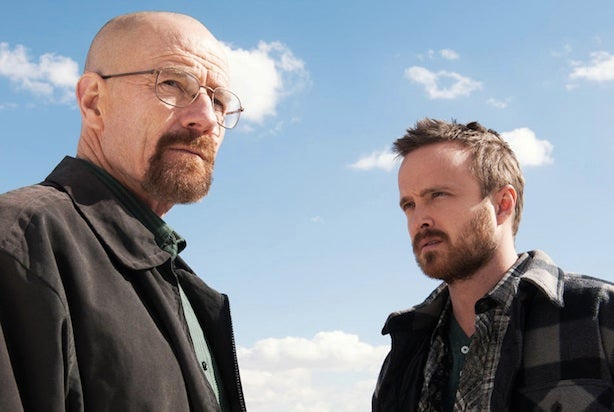 “Breaking Bad” dominated the conversation on Twitter this weekend, as celebrity fans of the AMC series weighed in on the show’s finale and bid farewell to the addictive drama.

A wide spectrum of big name talent shared their reactions to an explosive capper that found Walter White (Bryan Cranston) seeking revenge on the Aryan gang that made off with millions of dollars of his meth money.

Everyone from top directors like Darren Aronofsky and Paul Feig to sitcom stars like Julie Bowen to Weird Al Yankovich congratulated the show’s creative team, mourned the end of its five season run or tweeted humorous responses to the bloody farewell.

As viewers try to make sense of their own complex feelings associated with the drama’s end, here’s a look at Hollywood’s best reactions:

almost like losing a good friend. congrats to @BreakingBad_AMC a historic run.

Aaaaaaaaaand … here come the waves of depression as I realize there will never be another new episode of Breaking Bad. #GoodbyeBreakingBad

I bailed on BREAKING BAD during Season Two. Not my thing. And I’ve never felt more alienated about not participating in a pop culture event.

If you want new #BreakingBad tmw just rewatch @Disney‘s #Prom and pretend the actors are their characters from the show. Whole new movie!

Savored every moment of these last 8 #BreakingBad. Almost enough to second guess my conviction in the merits of binge viewing… #almost

Just about to watch episode 1, season 1 of a show called “Breaking Bad.” No spoilers, guys!

Hey, cool, the other side of his face grew back! #BreakingBad http://instagram.com/p/e34Y7hGu2T/

Thank you, Vince Gilligan, and the incredible writers, cast, and crew of Breaking Bad. That’ll do, Pig.