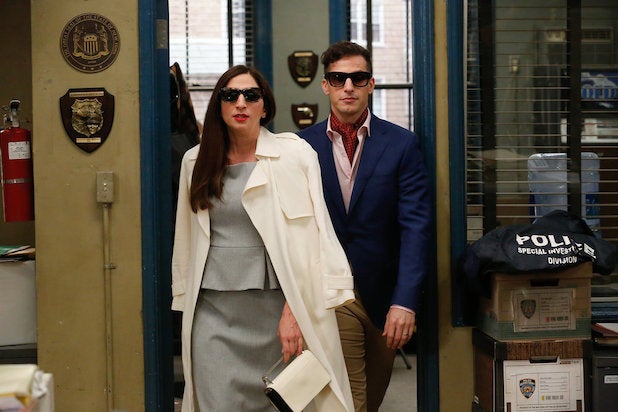 “Brooklyn Nine-Nine” is happy in its new precinct. The former Fox sitcom, now patrolling the mean streets of NBC, is attracting 1 million more viewers per episode on its new channel than the old.

Through six NBC episodes this season, “Brooklyn” is averaging a 1.4 rating among adults 18-49 and 3.918 million viewers. Those Nielsen numbers count a week of delayed viewing for each episode, and they are up 8 percent and 34 percent, respectively, vs. the same point in the 2017-18 season.

So head to the ficticious Shaw’s Bar, NBC execs, and toast to a good decision all around. “Nine-Nine!”

Last season, “Brooklyn Nine-Nine” started during premiere week in September and ran as a Tuesday show through Dec. 12. It then went on hiatus until March, when Fox shifted it to Sundays. This season, the 2018-19 one, the NBC-revived comedy has been running on Thursday nights ever since it started on Jan. 10.