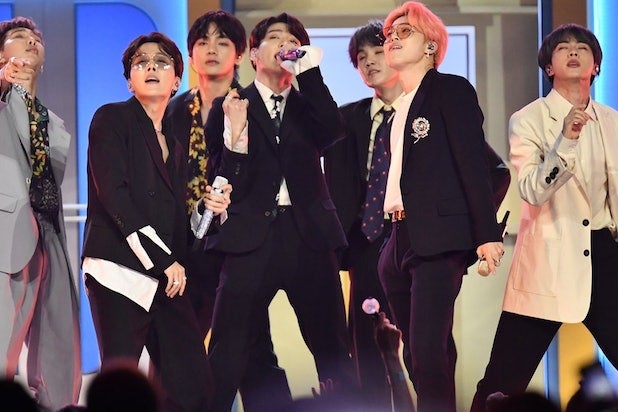 Driven by BTS fans, “Bring the Soul: The Movie” — a documentary about the popular Korean pop group’s recent world tour – was this weekend’s highest grossing indie at the box office.

Released on 875 screens by Trafalgar Releasing, the BTS documentary earned an estimated $2.4 million, ranking among the Top 10 films on this weekend’s charts. That result topped the $2.1 million earned by Bleecker Street’s “Brian Banks,” which was released wider at 1,240 screens. The true-story drama starring Aldis Hodge as a football player who fights for his NFL dreams after being falsely accused of rape received mixed reviews with 55% on Rotten Tomatoes.

Also Read: 'Hobbs & Shaw' Repeats at No. 1 as 'The Kitchen' Gets Cooked at Box Office

On the limited release side, Roadside Attractions released the acclaimed adventure film “The Peanut Butter Falcon” on 17 screens, earning $205,236 for a per screen average of just over $12,000.

Written and directed by Tyler Nilson and Michael Schwartz, the film follows a small-time outlaw (Shia LaBeouf), a boy with Down syndrome (Zack Gottsagen) and a nursing home attendee (Dakota Johnson) as they go on a quest to help the boy fulfill his dream of becoming a wrestler. The film has been critically acclaimed with a 96% Rotten Tomatoes score.

Meanwhile, A24’s “The Farewell” continues to expand steadily, passing the $10 million mark after earning $2.1 million from 704 screens in its fifth weekend. Last weekend’s new releases, NEON/Topic’s “Luce” and IFC’s “The Nightingale,” both expanded to 24 screens with mixed-to-poor results, as “Luce” earned a per screen average of $6,015 and “Nightingale” saw its average fall to $2,660.