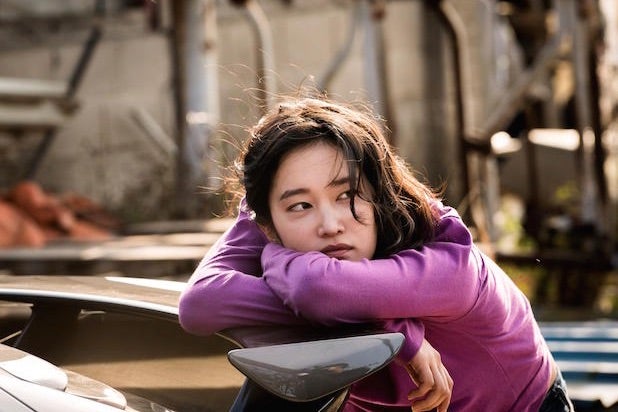 “Burning” is so beautifully shot that it commands and rewards your attention the full length of its languid two-and-a-half hour running time. And thank God for that, because the film gives that attention a solid workout all the way until the film’s startling final moments.

Always shifting gears the moment you think you’ve figured everything out, Korean director Lee Chang-dong’s slow burn tale of alienation and obsession is something like an art-house equivalent of fine wine: It can seem disappointingly closed off at first, but the more time you give it to breathe, the longer you can turn it over and let it air out in your mind, the greater the rewards will be.

As such, the film has been granted a real gift with its Wednesday evening premiere in competition at the Cannes Film Festival. Jury members will have three more days to ruminate and reflect ahead of Saturday night’s awards ceremony, where this subtly indirect drama seems likely to make a strong showing.

The film follows Jongsu (Yoo Ah-in), an aspiring writer in his early 20s who reconnects with childhood friend Haemi (Jeon Jong-seo). Their nascent romance gets put on pause when she heads to Africa on holiday, but he sticks around her apartment, nominally to feed her seemingly invisible cat, though mainly to bask in her acute absence. But when she does return, she brings the infuriatingly polished Ben (Steven Yeun) with her.

Owner of a Porsche, a chic Seoul apartment and feathery head of hair, Ben is Mr. Too Damn Perfect — and don’t you know that every one of those attributes sticks in poor farm boy Jongsu’s craw once the love triangle begins to take shape.

Of course, that love triangle occupies but one part of this always-shifting narrative, but far be it for me to reveal the rest of it here. Suffice it to say, while the film is in a constant state of flux up until its very last frame, it takes leisurely time to reach each of its points.

Instead, Lee opts to flaunt his lyrical eye in a number of breathtaking sequences, many of which rank among the most accomplished displays of cinematic poetry since 2011’s Palme d’Or winner “The Tree of Life.” In one standout moment, Haemi peels off her clothes and dances in silhouette to the setting sun while Miles Davis plays over the soundtrack.

On a narrative level, it helps deepens the male leads’ infatuation for her, while on an extra-textual level it helps ensure this film’s place in the art-film canon forevermore.

Those occasional bursts of oneiric grace help enliven a story that can sometimes feel redundant. Though the narrative moves towards a wholly unpredictable conclusion, it takes its unhurried time getting there, even if you always feel that a true master of the medium is guiding you.

The quality of its filmmaking aside, “Burning” is notable for a number of other reasons. For one, the film presents the moviemaking return of the polymath Lee, the renowned author and former South Korean minister of culture who has been absent from the silver screen since 2010’s Cannes entry “Poetry.”

Where other Murakami adaptations have stumbled by trying to too closely ape the author’s idiosyncratic voice, “Burning” marries the well-worn Murakami style — full of literary references to Faulkner and Fitzgerald, and oddly specific character quirks — to director Lee’s subtle and erudite approach. The results are quite spectacular.