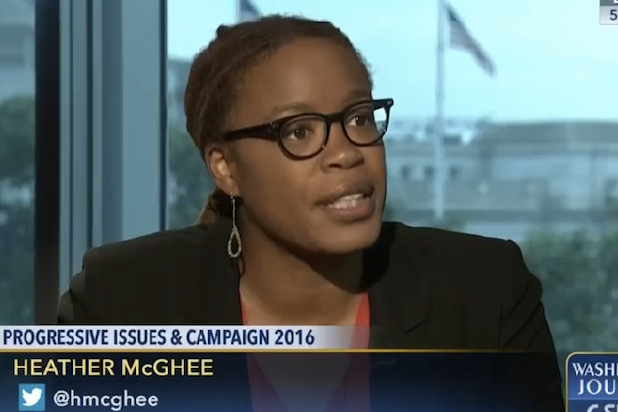 On last Thursday’s edition of the public affairs channel’s “Washington Journal,” host Greta Wodele Brawner brought McGhee on to discuss progressive issues in this election cycle and field some calls.

McGhee is African-American, so there was a moment of tension when self-described white man “Gary” called in to explain that he himself is prejudiced. But the man’s admission turned into an earnest plea for advice on how to stop thinking the way he does. After all, no one likes being afraid all the time.

McGhee gently thanked the caller for his admission, and for asking the question: “People of all ethnicities and backgrounds hold these fears and prejudices,” she acknowledged. “Most of these are unconscious.”

And then she calmly laid out the way forward for him to try and banish those fears and prejudices.

“Foster conversation, in your family and in your neighborhood, where you’re asking exactly those kinds of questions.”