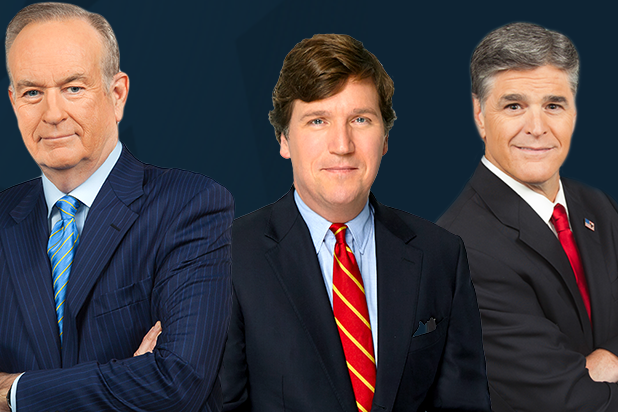 Fox News Channel finished the first quarter of 2017 with the highest-rated quarter ever in cable news history in 24-hour viewership, proving that the Trump era is resulting in must-see TV.

Fox News finished No. 1 among all of cable in both primetime and total day viewership. The win gives Rupert Murdoch’s network 61-straight quarters as the top news network in both categories. FNC’s “The O’Reilly Factor” had its highest-rated quarter ever and broke all previous records in cable news history for the most-watched show ever in any quarter.

Fox News averaged 1.7 million total day viewers, compared to 823,000 for CNN and 776,000 for MSNBC. Despite finishing third among cable news rivals, MSNBC showed the most growth by a significant margin.

Among the key demo of adults age 25-54, Fox News averaged 359,000 while CNN averaged 265,000 and MSNBC averaged 183,000 sets of eyeballs. MSNBC also showed the most growth in this category, gaining 40 percent compared to last year. Fox News grew 32 percent and CNN grew 22 percent among the key demo.

CNN’s growth is not as high as its rivals because the network had 13 CNN-specific presidential debates and town hall events that drew significant audiences in the first quarter of 2016.

During the primetime hours of 8-11 p.m., Fox News averaged 2.8 million viewers compared to 1.4 million for MSNBC and 1.2 million for CNN. Primetime is when CNN is most impacted by last year’s success, and it is evident, as MSNBC grew 61 percent while CNN dropped 17 percent. Fox News grew 20 percent compared to the same quarter last year.

Among all of basic cable, ESPN finished No. 2, behind only Fox News, during primetime, averaging 2.3 million viewers. HGTV, USA, TBS, MSNBC, Discovery, History, TNT and CNN round out the Top 10 primetime networks.

For the entire quarter, Fox News picked up 13 of the top 15 cable news programs among total viewers and eight out of the top 10 in the demo. All FNC programs were up double-digits in both viewers and demo compared to Q1 last year.