Cameo, a marketplace that connects fans and brands with pop culture personalities, has acquired marketing and merchandising platform Represent to expand and diversify Cameo’s talent pool, the companies announced on Monday.

Cameo, which boasts a talent roster of more than 40,000 actors, online personalities, comedians, musicians, athletes and others, said in a statement that Represent, which builds direct-to-fan brands for a global stable of celebrities and creators, will “introduce fun new ways for talent and fans to connect, establish new revenue opportunities for talent on the platform, and provide the entire Cameo community with a new way to fund-raise for nonprofit organizations.” 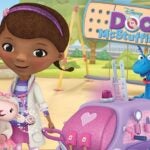 Represent president and COO Daniel Rosenberg will continue to oversee day-to-day operations as president of Represent. Bobby Maylack, who for over a decade has served as CMO for Represent and digital platform Prizeo, has been named as Chief Creative Officer at Cameo. For the near future, Represent will continue to operate as it does today. Cameo expects to begin integrating Represent’s “merch capabilities into the Cameo experience” in 2022.

As part of the acquisition Cameo will work with Represent’s former parent company, Custom Ink, a leader in customized apparel and other branded merchandise, to handle production, fulfillment and logistics.

Since its launch in 2014, Represent has shipped more than 4 million products to customers in more than 165 countries, created more than $170 million in brand value for talent and partners and helped to raise more than $30 million for charity through client contributions. Represent was the leading merchandising partner for the recent Friends Reunion and has worked with broad-ranging talent including Jennifer Lopez, Ed Sheeran, Leonardo DiCaprio, Matthew McConaughey, Kendall Jenner, Arnold Schwarzenegger and the US Women’s soccer team. 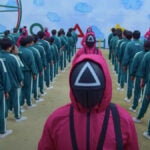 “We are extremely excited to welcome Dan, Bobby and the Represent team to the Cameo Fameo,” Cameo CEO Steven Galanis said in a statement. “The new capabilities greatly expand Cameo’s value proposition to fans and talent alike. This acquisition brings us another step closer to realizing our mission and vision and expands Cameo’s market leader in direct-to-fan monetization.”

Maylack added“We built our platform for the top talent and change-makers in the world to engage with their fans. Although we started with apparel, the goal has always been to figure out new and creative ways for fans to feel more connected.”