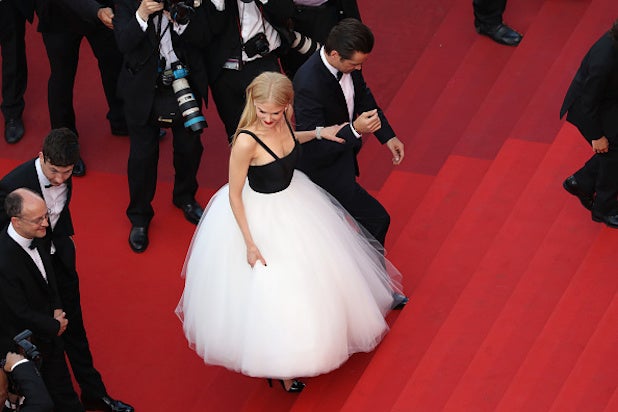 With the 2017 Cannes Film Festival concluded, a few thoughts on what we learned at the festival’s 70th anniversary edition:

Politics are never too far below the surface at Cannes. One of the biggest stories of the past several years has been the ongoing migrant crisis, but Vanessa Redgrave’s impassioned agit-doc “Sea Sorrow” was the only Cannes film to tackle the subject head-on.

Though “Jupiter’s Moon” followed a Syrian refugee, the film was more interested in the religious allegory aspect and in crafting spectacular action set-pieces. African migrants popped up in Michael Haneke’s “Happy End” and Jonas Carpignano’s “A Ciambra,” but both films were ultimately about other subjects (Haneke’s about upper class malaise, Carpignano’s about a young Roma’s coming of age). Though the crisis shows no signs of abetting, it has become woven into the fabric of everyday life.

The big studios were conspicuously absent this year, with many of them choosing the fall festival circuit to launch their major titles, and so they’ve has taken on a different role, now acting as a career boost for up-and-coming young directors. Filmmakers like Benny and Josh Safdie, Tyler Sheridan and Sean Baker have all considerable success in the American independent scene. Now that they return with the Cannes stamp of approval, they will find themselves playing to a larger audience than they ever had before.

Both Director’s Fortnight winners “The Rider” and “A Ciambra” mix documentary and fiction, having real people play versions of themselves in visually accomplished, highly cinematic retellings of their stories. While Netflix — and the way it’s challenging existing distribution models — has been the talk of the festival, these two Fortnight winners show that bold young directors are challenging film form itself.

For all of its fully-justified acclaim, Chloé Zhao’s “The Rider” is still more of a festival film. Expect it to gallop through Telluride and NYFF, but its finish line will likely be at either the Gotham Awards or the Independent Spirits.

Diane Kruger’s Best Actress win will certainly kick off an Oscar campaign, putting her in the spot occupied last year by Isabelle Huppert for the 2016 Cannes entry “Elle.”

Obviously, though, Kruger would have a different awards narrative than Huppert. For one thing, she’s better integrated into the American industry. She’s starred in mostly commercial fare since 2004’s “Troy” with an occasional jaunt back to Europe. While Huppert was of the “lifetime achievement” model, Kruger would be more “breakthrough dramatic role.”

She could also get a boost if Germany submits “In the Fade” as its foreign nominee. The straight-ahead drama was a little too meat-and-potatoes for Cannes intellectuals, but the Academy seems likely to eat it up.

The Agnes Varda documentary “Faces Places” received unanimously ecstatic acclaim. It may well be the best-loved film of the entire festival. Add on the desire to honor a true cinema legend and you have the makings of a real player for doc awards.

Because Netflix is opting to give Noah Baumbach’s “The Meyerowitz Stories” a qualifying run, Adam Sandler might very well needle himself into the awards conversation. His warmly received turn as eldest son in a dysfunctional New York family gives the comedian a real opportunity to change his image within the industry. Whether or not he’ll act on it is another question.

Sweden’s Palme d’Or winner “The Square,” Hungary’s “Jupiter’s Moon,” Austria’s “Happy End” and Germany’s “In the Fade” all seem likely to be their country’s foreign film Oscar submission. Now that “120 Beats Per Minute” has won the Grand Prize, it has more heat in its quest to rise to the top of France’s always-packed lineup of possibilities.