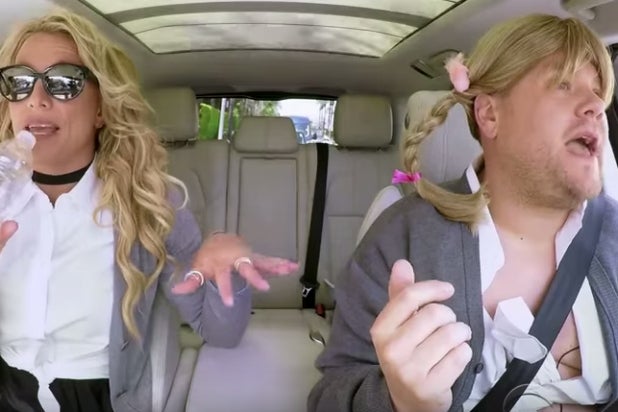 The Apple Music “Carpool Karaoke” series is going to very different from the “Late Late Show” segment that spawned it, despite some obvious similarities, executive producer Ben Winston said Monday.

Winston, an executive producer on “The Late Late Show” and “Carpool Karaoke,” said that the new series is more about the interviews with the stars that will be featured on the show.

“It’s a half hour show where you put two people together in an interview setting where they ask each other questions, they learn about each other’s lives, and they sing in a car,” Winston told reporters at the Television Critics Association press tour. “It’s about taking people who aren’t musicians necessarily and putting them in the car and making a great half-hour episode.”

James Corden also said that he doesn’t feel as though he’s giving up the segment, despite the fact that it is moving beyond “The Late Late Show.”

“We’re still going to do it on our show,” he said. “This just became a wonderful platform to see these people in such an intimate environment. I don’t even feel like it’s mine really. It’s just something I’ve been a part of.”

Apple Music will be the global home of CBS Television Studio’s new series based on the viral hit “Late Late Show” segment through an exclusive licensing agreement.

The “Carpool Karaoke” series will consist of 16 episodes, with each episode featuring a different celebrity host. In each episode, celebrities will ride along and sing along as they visit places meaningful to the celebrity, sing tunes from their personal playlists and surprise fans.