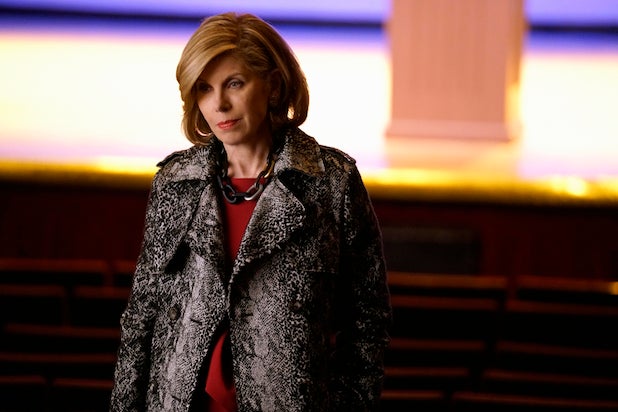 “The Good Fight” is getting a summer run on the broadcast network.

CBS will air the first four episodes of the CBS All Access series over two Sundays on June 16 and June 23 from 9-11 p.m., putting them within the Emmy voting period to give the show additional exposure. Beginning June 30, “The Good Fight” will move to 10 p.m., airing behind the new season of “Instinct.” CBS will edit the series for broadcast television.

“The Good Fight” just completed its third season on All Access and was renewed for a fourth. The spinoff of “The Good Wife” starring Christine Baranski’s character debuted in February 2017 on CBS, before moving to All Access (CBS used the same strategy for “Star Trek: Discovery”).

“For three seasons, ‘The Good Fight’ has been a big success for CBS All Access,” said Kelly Kahl, president, Entertainment for CBS. “We’re excited to provide our network audience the opportunity to catch up with characters they first fell in love with on ‘The Good Wife,’ as well as introduce new viewers to this outstanding, critically acclaimed drama.”

CBS has 8 million subscribers across both CBS All Access and Showtime’s OTT offering but has not specified how many each service has individually.

The show was created by “Good Wife” duo Robert and Michelle King, who are prepping a new drama “Evil” that will premiere in the fall.