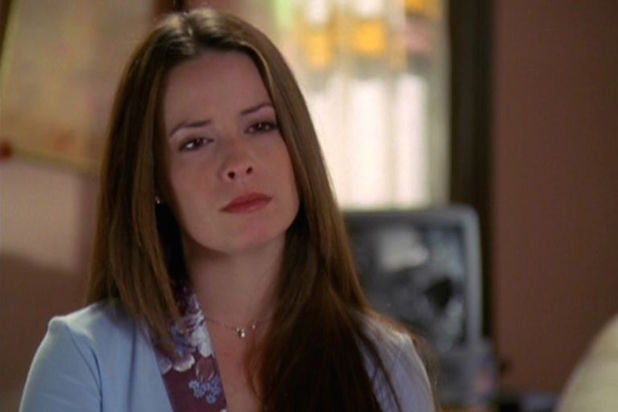 “Charmed” fans found out that long-talked about reboot had finally been picked up to pilot by The CW on Thursday. But not all of them were happy to hear the Charmed Ones would once again be reconstituted, including — maybe — Holly Marie Combs, one of the OG sister witches.

Combs — who starred in the original series as Piper — took to Twitter shortly after the network announced it had pulled the trigger on the new series. Her official response to the news was gracious, kind and just four-words long: “We wish them well. #Charmed.”

However, her replies to fans (not to mention the tweets she then “liked”) spoke a thousand more.

“If they call it a different name I might wish them well,” one user wrote, to which Combs replied, “Precisely.” “I swear this reboot has died more times than Piper did @H_Combs ???… #ForeverCharmed,” another wrote, with Combs responding, “True story.”

The “Charmed” reboot, which was originally developed last cycle and passed on by the network, is described as a “fierce, funny, feminist reboot of the original series” and will center on three sisters in a college town who discover they are witches.

“Jane the Virgin” creator Jennie Urman will executive produce and has a story credit on the pilot, written by “Jane” alums Jessica O’Toole and Amy Rardin.  Ben Silverman and director Brad Silberling will also serve as executive producers on the pilot from CBS Television Studios.

Combs shared the “Charmed” screen with “sisters” Alyssa Milano, Shannen Doherty, and then Rose McGowan after Doherty’s exit at the end of Season 3.

See Combs response (and some of her “favorite” tweets about the reboot) below.

We wish them well. #Charmed

Only estimation they should leave the title #Charmed off any and everything witchy that has nothing to do with the original cast. It would be one thing if it was a show about the same line of witches and maybe the original cast made guest appearances regularly but… otherwise no

Charmed was like a family to fans. Many of us felt (or imagined) we were their sisters as well. You can’t replace that. The reboot will feel like coming home one day to find a new family living in your house.

So can't wait to see this Charmed Reboot.. The new people will be better than @H_Combs @DohertyShannen @Alyssa_Milano
and @rosemcgowan

Without the original cast somehow involved or connected.. They might as well call it quits

Nooo I don't want a reboot!!! I like the original!! Some shows don't need a reboot just let them be classics ???? #Charmed@H_Combs @Alyssa_Milano @rosemcgowan

Nope sorry but no! They are already taking Sabrina the Teenage Witch and doing some weird stuff. They don't get to do that with my favorite witches!!! Holly I don't wanna ???????? #NotMyCharmed pic.twitter.com/4VoVfCChRd