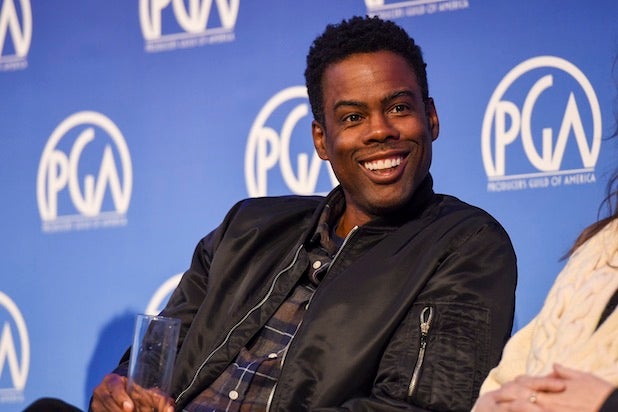 FX raised a few eyebrows Friday morning when it announced that comedian Chris Rock would headline the fourth season of its anthology crime series “Fargo.”

FX CEO John Landgraf told TheWrap that Rock — who hasn’t had a regular TV series gig since narrating “Everybody Hates Chris” a decade ago — signed on “pretty soon” after series creator Noah Hawley finally figured out the idea for the fourth season.

“[Noah] took it upon himself to seek out Chris and take him to lunch and talk to him about it,” he said. “After that lunch, everything came together really fast.”

The fourth season, which will be set in the 1950s, centers on two Kansas City-based criminal syndicates that have struck an uneasy peace: one Italian American, one African American. Together they control an alternate economy of exploitation, graft and drugs. To cement their peace, the heads of both families have traded their eldest sons.

Rock will star as the head of one of the families. He is the only cast member who is attached as of now. The series will begin production in early 2019, meaning it will be at least two years — and probably more — between seasons.

The show has always operated on a very loose time frame and after three seasons, it just took Hawley longer this time to come up with an idea that he liked for the next installment.

Any new season of “Fargo” was always up to Hawley and Hawley alone, Landgraf explained. Plus, Hawley certainly has a lot on his plate.

“The minute Noah doesn’t have another idea that he believes in, the show is over,” said Landgraf.