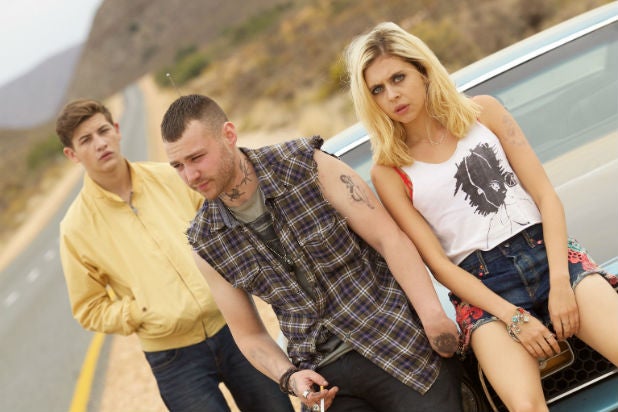 “We’ve been big fans of Christopher Smith for a long time and we’re excited to work with him again on ‘Detour,” Magnolia President Eamonn Bowles said. “Like its classic noir predecessors, the film keeps you guessing until the very end.”

“Detour” sees Sheridan as a troubled young grad student, grieving the loss of his mother in a terrible car accident and convinced his step-father had a hand in the tragedy. He drunkenly stumbles on a volatile grifter and his stripper girlfriend, played by Cohen and Powley, who draw shady alliances to help Sheridan get to the bottom of his mom’s death.