“New Day” anchor Alisyn Camerota voiced her frustration following a tense on-air interview on Friday with GOP candidate Ben Carson about holes in his story of being a violent, rage-filled juvenile.

“This is a new era in journalism, and I don’t know whether to blame social media or what, but even the questions are now seen as suspect,” Camerota told TheWrap in an interview following her on-air exchange.

During the Friday segment on “New Day,” Carson challenged Camerota’s questions about a CNN report on lack of evidence to support his tale of being a violent child, attacking her for being part of a “secular progressive direction.”

Also Read: Ben Carson Fires Back at CNN's 'Pathetic' Investigation Into His Claims of Violent Juvenile Past

Camerota was “stunned” that Carson found it objectionable when she asked him questions about his childhood story, including comments he’d made in a video clip CNN ran.

“It sure does seem to be a narrative in this election cycle that it’s a referendum on the media,” she continued, defending CNN’s reporting into Carson’s claims.

Camerota insisteed CNN reporters Maeve Reston and Scott Glover didn’t set out to do a critical story on Carson.

“It wasn’t even an investigation,” she said of their attempt to speak to friends and family who could paint a picture of Carson’s evolution from a violent juvenile to a mild-mannered neurosurgeron and leading contender for the GOP presidential nomination. 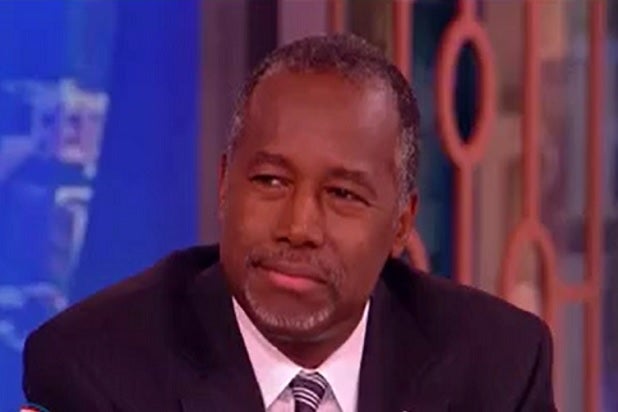 “They didn’t set out not to find people, they set out thinking they would find people and it would be a story about how his childhood friends remembered him,” she said, but when nine people interviewed didn’t remember any of the incidents Carson’s described, it raised red flags.

Camerota thinks Carson is trying to “prosecute” the media–and it seems to be working. “Obviously, Donald Trump and Ben Carson are at the top of every poll,” she said.

The morning anchor concluded that Carson is wrong to suggest CNN embarked on a “smear campaign” against him. “That’s completely erroneous and out of bounds,” she said.

Friday’s on-camera interview was a heated one.

When Camerota asked the former neurosurgeon why he wouldn’t put forth some friends and family members who could verify his claims that, among other violent acts, he attempted to stab people, Carson said he didn’t want to “victimize” his loved ones by “exposing them” to CNN.

At one point, Carson suggested the CNN anchor was one of many “stupid” Americans who could differentiate between the U.S. and Cuba.

“Are you honestly telling me you didn’t know what I was talking about when I said that? Because if you are, you might fit in that category [of stupid people],” Carson said.