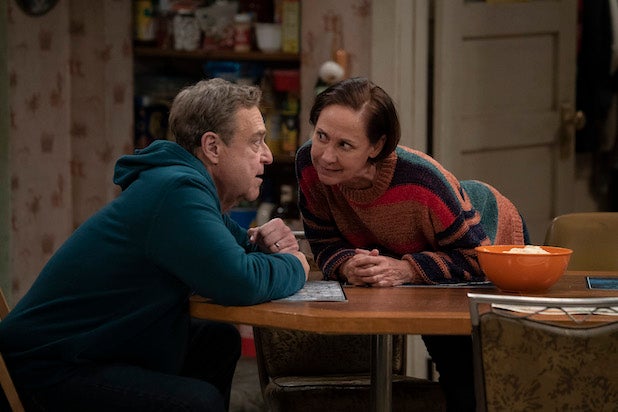 There were a ton of fall finales on Tuesday: CBS’ simply did the best. The “NCIS” network edged NBC and ABC in primetime averages among adults 18-49, and crushed them in terms of total viewers. NBC’s post-“Voice” specials let it down, while ABC was not very competitive after “The Conners.”

For the second night in a row, The CW topped Fox reruns with its “Elseworlds” crossover event — Tuesday marked the conclusion of that three-parter. (Last night, Univision also out-rated Fox and Telemundo tied it.)

NBC and ABC tied for second in ratings, both with a 0.9/4. NBC was second in total viewers with 5.9 million, ABC was second with 4.3 million. The Disney-owned broadcast network aired the fall finales for all five of its Tuesday series last night.

Univision was fifth in ratings with a 0.5/2 and sixth in viewers with 1.38 million.

Fox and Telemundo tied for sixth in ratings, both with a 0.4/2. Fox was fifth in total viewers with 1.43 million, Telemundo was seventh with 1.2 million.