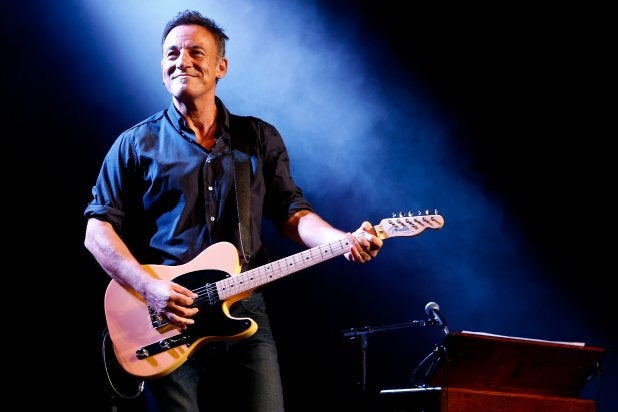 Bruce Springsteen fans are reeling on Twitter over a competitive process to get tickets to “Springsteen on Broadway” Wednesday morning.

Tickets went on sale at 10 a.m. ET Wednesday, but purchasing tickets wasn’t as easy as hopping on Ticketmaster and picking out seats. Ticketmaster is utilizing a new “Verified Fan” two-step process to buy tickets, with the hope that bots and scalpers won’t be able to purchase tickets and resell for outrageous prices.

The process requires fans to register weeks ahead of time, and then a randomly selected group receives a code via text just hours before the sale begins. Tuesday night, several who had registered were put on “standby,” which meant that their code wouldn’t be sent until after tickets went on sale (and thus reducing chances of getting tickets even more).

The complicated process doesn’t seem to have deterred buyers with intentions to resell; tickets are already available on StubHub for north of $6,000.

Well done @Ticketmaster you managed to delay @stubhub by all of 3 minutes pic.twitter.com/dpDsQLHlLz

Interesting pricing at 10:10 a.m. for Bruce on Bway. Those verified fans sure think alike. pic.twitter.com/FvshoN1wVg

Tickets will be hard to come by because of the show’s limited run, with preview shows from October 3, and then five shows a week between October 12 and Thanksgiving. Plus, it’s playing at the Walter Kerr Theater, which only seats 960.

Fans are not happy with the process of purchasing tickets, and many who missed out have taken to Twitter with hilarious reactions. Take a look below.

Tickets are already on sale on stubhub for 6k-this is ridiculous. The Ticketmaster code bullshit obviously didnt work #SpringsteenOnBroadway

At least I have .01% of a chance instead of absolutely zero ???? #SpringsteenOnBroadway pic.twitter.com/9oaEpk8ZOm

Tramps like us, baby we can't afford $700 tickets #SpringsteenOnBroadway

This is how you find out you didn't make the cut. #SpringsteenOnBroadway pic.twitter.com/EfCMIhD48f

We're counting down until #SpringsteenOnBroadway tickets are available at 10 a.m. Did anyone get a code?! https://t.co/fvKnUHWOgN pic.twitter.com/l1JakCB6Bq

When you're waiting on the standby list for #SpringsteenOnBroadway tickets. pic.twitter.com/iPkvUsP5Kf