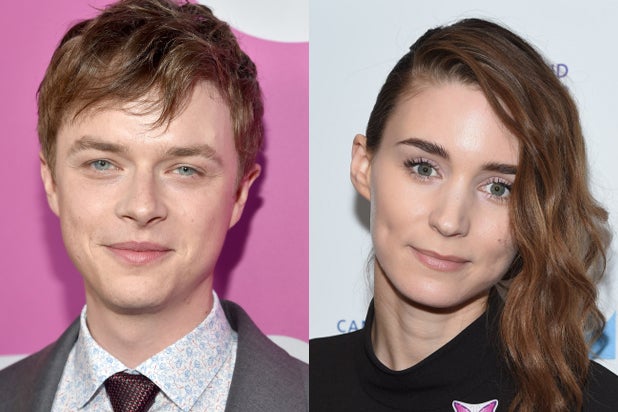 Dane DeHaan and Rooney Mara are attached to star in Australian writer-director Diesel Schwarze’s original musical “Ziggy,” which is being produced by Lynette Howell and Jamie Patricof of Electric City Entertainment.

The trio have teamed with Grammy-winning British music producer and songwriter Alex Da Kid to develop original contemporary music for the film. Alex Da Kid has collaborated with Eminem, Dr. Dre, Rihanna and Nicki Minaj, among others.

“Ziggy” centers on a hunchback escape artist (DeHaan) who arrives in New York during the mass-culture boom of the late 1920’s. As he falls in love with the fiancé (Mara) of a powerful media mogul, the story charts his rise to fame and subsequent fall amid a romantic world that is crashing down on its own impossible idealism.

“‘Ziggy’ is one of the most unique scripts I’ve ever read,” said Howell. “Diesel has written an incredibly beautiful and ambitious story and his background working under Baz Luhrmann combined with his prolific commercial work, lends itself to bringing this story to life in a visually inspired and exciting way. We are so fortunate to have Dane and Rooney onboard to develop the music with us and create something truly original, contemporary, and special.”

Schwarze began his career under Baz Luhrmann during “Moulin Rouge” and “La Boheme” on Broadway. He then established himself in commercials directing as ‘Augustus Punch’ with his production design partner Alexandra Bolton, who trained under four-time Oscar winner Catherine Martin.

Alex Da Kid produced Eminem’s “Love the Way You Lie” featuring Rhianna, which earned four Grammy nominations. He also garnered Album of the Year Grammy nominations for co-producing Rihanna’s “Loud” and for producing Imagine Dragons’ “Radioactive,” as well as a Best Rap Song nomination with Eminem, Dr. Dre, and Skylar Grey for “I Need a Doctor.” Alex Da Kid currently has his own label, KIDinaKORNER, under Interscope Records.

CAA and WME will represent the domestic distribution rights to “Ziggy.”