Yes, “Melrose Place” alum Daphne Zuniga is well aware that “Beverly Hills, 90210” fans are psyched that Fox has brought back the beloved ’90s teen soap for meta-revival “BH90210.” And, yes, she’d be down to reprise the role of Jo Reynolds, the character she played on the network’s “90210” spinoff, for a return of “Melrose Place.”

“I would be totally open to doing it,” Zuniga told TheWrap in the interview above. “But, you know, we’re gonna watch [‘BH90210’]. I’m gonna watch tonight and we’ll see how it goes. I think the setup is really interesting that they’re playing their characters wanting to do a revival. So I don’t know that we would do that same thing, we’d have to come up with something clever. But I would hope, and I’m pretty sure, that if the writing was good, that someone could gather all of us together. Some of us, at least.”

Zuniga previously reprised the role of Jo Reynolds for The CW’s short-lived “Melrose Place” reboot. But she doesn’t think that plot points from that series would need to be canon if the original series were revived. 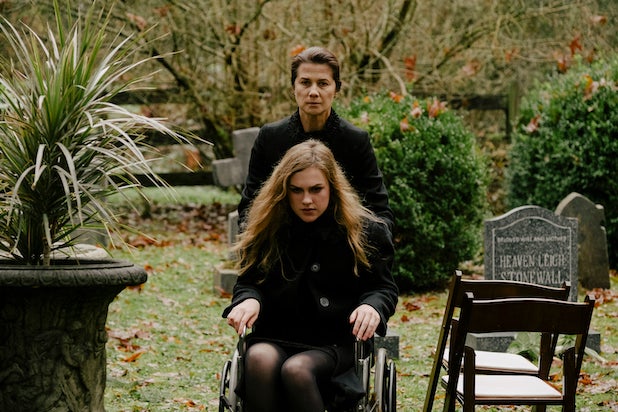 After making her directorial debut with Lifetime’s “Deadly Assistant” earlier this summer, Zuniga is about to appear opposite Priestly as the wicked Nurse Broadfield in the cable channel’s “Gates of Paradise,” which premieres Saturday.

“I think it was the best character in the script because she’s so extreme,” Zuniga told us of the medicine woman, who appears in the latest chapter of Lifetime’s Casteel Family saga, a series of TV movies adapted from V.C. Andrews novels.

The 56-year-old actress says she had to go “deep into my own dark side and my control issues and enhanced them by a thousand” to play the part and even rewatched “One Flew Over the Cuckoo’s Nest” to get tips from Louise Fletcher’s performance as Nurse Ratched and took note of Ellen Burstyn’s haunting grandmother on “Flowers in the Attic,” another Lifetime movie based on V.C. Andrews’ work.

Watch the full interview above, in which Zuniga discusses her upcoming indie feature “The Waiting Room,” which she will direct and act in, and the possibility of reprising the role of Princess Vespa for a sequel to Mel Brooks’ 1987 classic “Spaceballs.”

“Gates of Paradise” debuts Saturday at 8/7c on Lifetime.