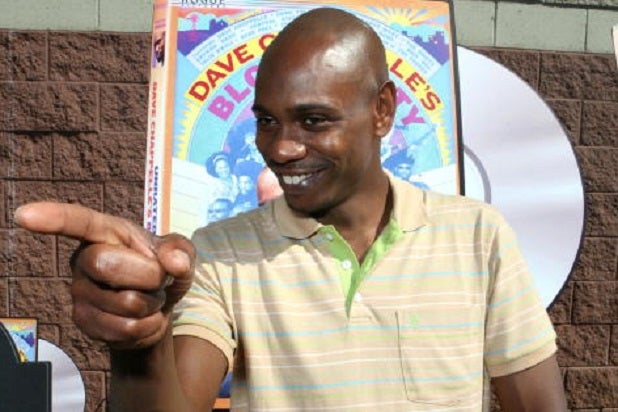 Dave Chappelle is going back on the road with a new comedy tour.

LiveNation released the list of dates, which will see the comedian playing in venues across the country between September and October.

Chappelle will kick off the tour on Sept. 14 in Salt Lake City, Utah, and will then travel to states like Colorado, Idaho, Maine and New Hampshire. He will also play six shows at the Gramercy Theatre in New York City between Sept. 28 and Sept. 30. He will wrap things up with a two-show engagement at the Hershey Theater in Hershey, Pennsylvania.

Chappelle famously walked away from a reported $50 million contract with Comedy Central for a third and fourth season of “Chappelle’s Show” in 2005.

Since leaving the show, he returned to his stand-up roots, but made only sporadic appearances until 2013. He headlined the Oddball Comedy & Curiosity that year, and played 10 shows at Radio City Music Hall in 2014.

He spoke about his comeback in a speech July, in which he talked about returning to the national stage in such a racially charged time in the U.S. “This is a very surprisingly emotionally charged time, so people like me, I think, are very relevant and necessary in sorting through all this information and emotional content,” Chappelle said.

See the full list of tour dates below or get tickets here.