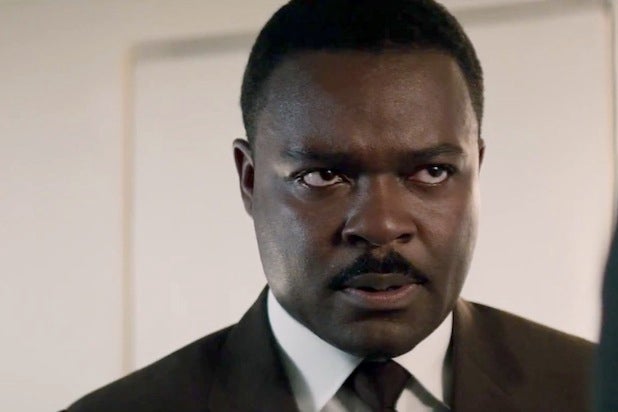 Monday is our nation’s commemoration of Martin Luther King Jr.’s birthday. As we contemplate the life and sacrifice of our nation’s great civil rights leader, some of us are also bemoaning the fact that Oscar voters did not nominate David Oyelowo for his sensitive and moving portrayal of Dr. King in “Selma.” Ironically non-Americans, the members of the Hollywood Foreign Press Association who vote for the Golden Globes, recognized the power of Oyelowo’s performance and nominated him.

Although Academy members did chose “Selma” as one of the best films, it’s fascinating to analyze the underlying psychology of what roles the Academy members voted for this year. All of the roles in the best actor category are based on true characters, except for Michael Keaton in “Birdman.” It’s not surprising that Academy members responded favorably to this role of a fading actor trying to rectify his career as many voters can identify with this plotline.

As two of the nominees, Bradley Cooper and Benedict Cumberbatch, bring strong acting chops to the screen playing heroic wartime figures in Iraq and World War II, it’s understandable they gained nominations. And Eddie Redmayne, who gives a command performance as a scientist (Stephen Hawking) who overcame his debilitating disease and goes on to an incredible career, clearly captured the voters’ approval.

But it’s the nomination of the creepy Steve Carell character, who uses his wealth to further his obsession about wrestling, that is mind-boggling for me. It’s hard to imagine that this portrayal (in Bennett Miller’s “Foxcatcher”) was more worthy of notice than Oyelowo’s as Dr. King. Maybe it’s because so many of the Oscar voters are white and wealthy and identify more with an obsessed character using his means for evil purposes than a pacifist fighting for human rights and dignity.

This is the day that Hollywood should contemplate the lessons of the civil rights movement and include more stories about them as well as give awards that represent diversity. Hollywood’s insensitivity to diversity on the screen and putting females behind the camera remind me of the quote by the great civil rights activist, Fannie Lou Hamer. She lamented, “I’m sick and tired of being sick and tired.”

I hope Oprah Winfrey and others will keep on making films like “Selma” and Lee Daniels’ “The Butler” about the civil rights period. I especially would like Oprah to make a film about Hamer and cast herself in the starring role.

Maybe it’s that Oscar voters, like most of America, need to be reminded as the demonstrations have shown all over the country this summer and fall, that “Black lives matter.”