Coming off dark movies like “Hard Candy” and “30 Days of Night,” David Slade seemed like an unlikely choice for the highly anticipated “Twilight Saga: Eclipse.”

David Slade’s indie debut, 2005’s“Hard Candy,” a critically lauded thriller starring Patrick Wilson and then unknown Ellen Page, was about a photographer and his subject who engage in a deadly game of cat and mouse. He followed that with his first studio film, “30 Days of Night,” based on the comic book by Steve Niles.

That vampires-run-amok saga fared poorly at the box office, but prepared the director for his latest, “Eclipse.”

So, how did you get hired? Were you on a list? 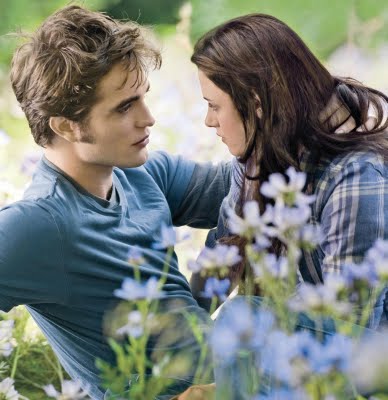 No. I had met with Summit on a couple of projects that didn’t come to fruition. They seemed to like me, and when it came to “New Moon,” they asked me — but I never even got to say yes before Chris was doing it.

So when this came up — they sent me a script for “New Moon” and they sent me the script for this — I read it and I thought this one was superior. One of the things for the director is you got to have a good story. Even if you have the most expensive budget in the world, or even if you’ve got the best actors in the world, the story is what’s going to sell it.

Also, being completely candid, how often do you get the opportunity to do a romance if you’ve done two horror movies? So it was a great way to test myself.

Was it hard joining a huge franchise?
It wasn’t anything that concerned me. The important thing was to make the best movie I could.

In terms of the cycle of the novels, this one is more mature, more grown-up, a lot darker, a lot more scary. So it was going to be a different look, a little bit of difference in the performances.

But at no point was there ever a dichotomy between serving the phenomena and making a film. I felt that if I tried to focus too much on the phenomenon, the fans and the other films, that I would go crazy. 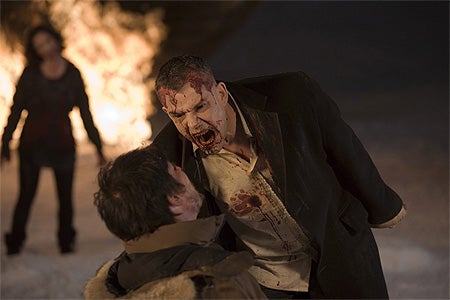 But Joel Schumacher made a hash of Batman, and they still made lots of money.
I never thought of that. But I’m not a filmmaker who kind of deliberates too much about my career. I just saw it for what it was and thought I’ll go and meet them and talk about it. So then when we talked about it, they went, “Wow, great! Your ideas seem to match ours. We want you to meet someone else.”

And the next meeting I’m meeting the author. And it was really quick. The first meeting to being offered the film was, essentially, two weeks. It wasn’t any big life choice to make. It wasn’t, ‘Oh God, am I going to sell my soul to the devil?’

Summit has so much riding on the “Twilight” series. Everything must have been a committee decision.
You can get every single person who needs to make a decision at Summit into the bathroom. So it’s not as many as you think.

Summit is a studio like any other studio, and in this day and age, you have to know how to work with studios. But the main thing is, as long as you’re on the same page when you go in, you stay on the same page. You’ll have your ups and downs, but mostly you can make the film that you want to make.

What did they want input on?
Largely big general points like, “Don’t make Edward ugly in this scene. Make sure he’s not in the sun because he should sparkle.”

What author Stephenie Meyer’s role? You can see her fingerprints all over the script.
There was a lot of discussion in pre-production on the script. She would come in, and she would be an advisor. So we called her a lot because we were doing things that were out of the book as well as in the book. But we knew there wasn’t time for a lot of discussion.

“30 Days of Night” was considered a box-office disappointment. Is it a career choice to do something like this, which, good or bad, is bound to make a boatload of money?
“30 Days of Night” — I’m campaigning to get a director’s cut released on DVD. I’m fairly happy with the film they put out, but there is a different film, a darker film.