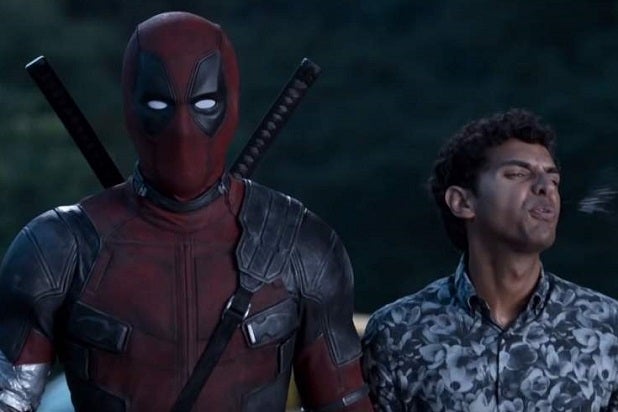 “Deadpool 2” has no shortage of jokes that break the fourth wall and make the viewer complicit — and one of the best totally dunks on what might be the single worst thing about “Batman v. Superman: Dawn of Justice.”

C’mon, you know what it is.

The joke comes pretty early in “Deadpool 2,” before the opening credits even, after a montage of Deadpool, aka Wade Wilson, kicking the crap out of bad guy as he completes some mercenary jobs. When he finishes, he returns home to Vanessa (Morena Baccarin). It’s their anniversary, and Wade rattles of a series of excuses to cover for being late.

The last of the excuses Wade gives Vanessa for his tardiness is the claim that he ran into another superhero, and the pair got into a fight. “Actually, I was fighting this caped badass, until I found out that his mom is also named Martha,” Wade explains.

The jokes references the moment in the DC and Warner Bros. superhero throw-down from 2016, when Batman and Superman finally stop “v.”-ing and start being friends. After having been manipulated by Lex Luthor (Jesse Eisenberg) to hate each other throughout the film, Batman (Ben Affleck) and Superman (Henry Cavill) finally duke it out. Eventually, Batman nearly kills Superman using a Kryptonite spear.

He only stops when Superman uses his (apparent) dying breath to beg the Dark Knight to save his mother, rasping out her name, “Martha.” But, Batman, realizes, his mom is named Martha too! Suddenly, the two heroes have common ground and realize that they should be allies. Or, as the film put it, “No Marthas will die tonight.”

Yes, it plays as dumb as it sounds in “Batman v. Superman,” and it’s been mocked ever since. Apparently, Deadpool thought it was a little hokey too.

In the films, Deadpool (Ryan Reynolds) routinely makes fun of the X-Men, Wolverine (Hugh Jackman) and the Marvel Cinematic Universe. But some of his hardest-hitting gags are aimed at the DC Comics universe of films. Most often it’s not Batman though, it’s Reynolds’ starring role in “Green Lantern,” the 2011 superhero flop in which he plays protagonist Hal Jordan. And in “Deadpool 2,: Reynolds even engages in a little wish fulfillment to erase the whole thing from history.

So don’t worry, Batman and Superman — at least you’re still in this timeline.