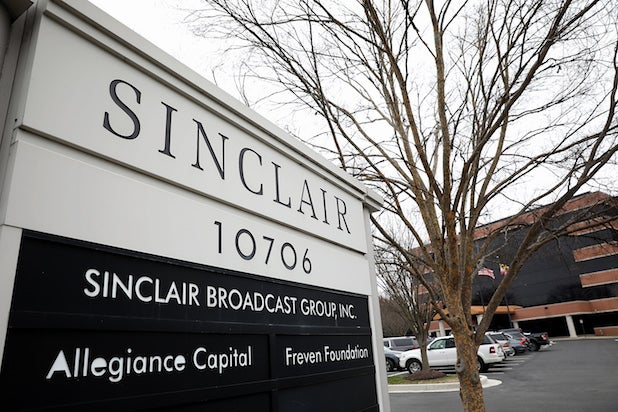 The deans of 13 prestigious U.S. journalism schools are denouncing Sinclair Broadcasting after news emerged that the company forced their on-air talent to read anti-media talking points which blasted other news organizations for running “fake stories.”

“[A] line was crossed at Sinclair stations when anchors were required to read scripts making claims about ‘the troubling trend of irresponsible, one-sided news stories plaguing our country,'” reads the reprimand addressed to Sinclair chief David S. Smith. “In making the leap to disparage news media generally — without specifics — Sinclair has diminished trust in the news media overall.”

“Sinclair’s use of news personnel to deliver commentary — not identified as such — may further erode what has traditionally been one of the strongest allegiances in the news landscape, the trust that viewers put in their local television stations,” it continued.

The J-School smackdown is only the latest broadside the company has faced from their media colleagues. Earlier this week, the National Press Photographers Association issued their own statement of condemnation, which resulted in the withdrawal of a promised donation of $25,000 from Sinclair to the organization.

Sinclair, which owns nearly 200 local news stations around the U.S., has faced an ongoing crisis since Deadspin released a video of their on-air talent reading the prepared talking points.

“We’re concerned about the troubling trend of irresponsible, one sided news stories plaguing our country. The sharing of biased and false news has become all too common on social media,” they read.

“More alarming, some media outlets publish these same fake stories… stories that just aren’t true, without checking facts first. Unfortunately, some members of the media use their platforms to push their own personal bias and agenda to control ‘exactly what people think’…This is extremely dangerous to a democracy.”

You can watch the video that kicked off the dissension below.

How America's largest local TV owner turned its news anchors into soldiers in Trump's war on the media: https://t.co/iLVtKRQycL pic.twitter.com/dMdSGellH3