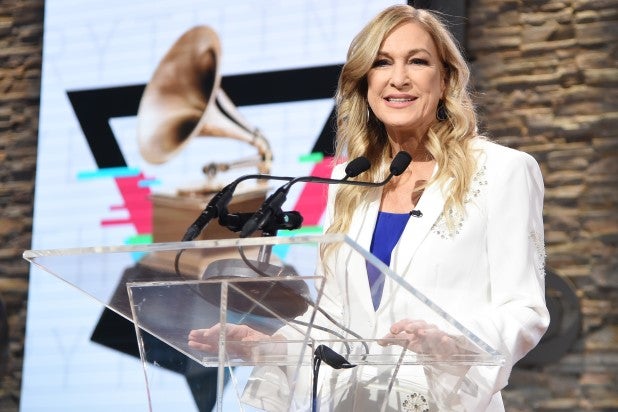 The former CEO of the Recording Academy, Deborah Dugan, sent a letter to the Executive Committee of the Board to call for “transparency and accountability” as the two sides go forward in their legal battle.

“The Academy initially brought this dispute to the public’s attention,” Dugan writes, “and I am asking you to agree to let the public and music industry access the legal proceedings to come in this case. I have nothing to hide. The public and the music industry have the right to know what is going on behind closed doors at the Academy.”

Practically, what Dugan is asking for is to be released from her arbitration agreement, a process she calls “secret and confidential.” She says that if the Academy is successful in forcing her to continue her case through arbitration, “it will simultaneously be denying the music industry and the public at large information concerning the issues raised in my EEOC Charge, including, among other things, discrimination, wasteful spending, sexual harassment, self-dealing, conflicts of interest and irregularities in the Grammys voting process.”

Dugan also says she believes “that forced arbitration presents a barrier to justice for victims of harassment, discrimination, and other misconduct.” She says the need is amplified by the fact that the investigator who was brought on to look into her allegations was hired by a law firm that she says is “in bed” with the Academy. Dugan is also requesting the two sides “mutually select an investigator who is independent and who would report to all parties and not just the Academy.”

A rep for the Recording Academy tells TheWrap, “Ms. Dugan continues to attempt to manage public perceptions through misinformation. The Recording Academy is weighing all of the available information and considering our options as it relates to the next steps with Ms. Dugan. We remain extremely disappointed in how she is choosing to handle the situation and strongly disagree with many of her claims. At this point, we are focused on the future and are excited about continuing the agenda of change and progress.”

Dugan was placed on administrative leave by the Academy’s executive committee earlier this month. She later filed a complaint to the EEOC that accused the Academy of corruption and included accusations that the Academy’s private counsel, Joel Katz, sexually harassed her (Katz denied those claims) and that she learned her predecessor, Neil Portnow, was accused of raping a female recording artist following a performance at Carnegie Hall (Portnow called the accusations “ludicrous and untrue” and said an independent investigation had exonerated him).

In response to the accusations of Grammy voting corruption, the Academy defended itself, saying, “Spurious allegations claiming members or committees use our process to push forward nominations for artists they have relationships with are categorically false, misleading and wrong. This process is strictly enforced with everyone involved and has no exceptions.