Dennis Quaid has boarded Paramount+’s upcoming series “Bass Reeves,” starring David Oyelowo as the title lawman. Quaid is the first cast member to be announced opposite Oyelowo for the Taylor Sheridan-produced show.

He will play Sherrill Lynn, a deputy U.S. Marshall. The veteran actor told Fox News he was in production on the show and “making mayhem at 4 in the morning.” 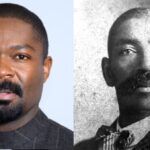 From the “Yellowstone” co-creator and Academy Award nominee Sheridan, “Bass Reeves” is filming in Texas. The period drama will bring to life the legendary Wild West lawman, cited as the first Black deputy U.S. Marshall west of the Mississippi River. Reeves was also believed to be the inspiration for “The Lone Ranger.” He worked in the post-Reconstruction era as a federal peace officer in the Indian Territory, capturing more than 3,000 of the most dangerous criminals without ever being wounded.

Quaid is an Emmy Award and two-time Golden Globe nominee, who’s known for his roles in hit films “The Rookie,” “The Day After Tomorrow,” “Traffic,” “Vantage Point,” “Frequency,” “The Parent Trap,” “Soul Surfer,” “The Right Stuff,” “Breaking Away,” ”Midway” and many more. In 2022, Quaid co-starred with Jake Gyllenhaal in the animated adventure film “Strange World.” Most recently, Quaid starred in “Blue Miracle,” “The Intruder,” “A Dog’s Journey,” “A Dog’s Purpose” and “I Can Only Imagine.” 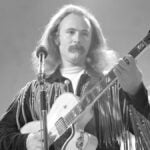