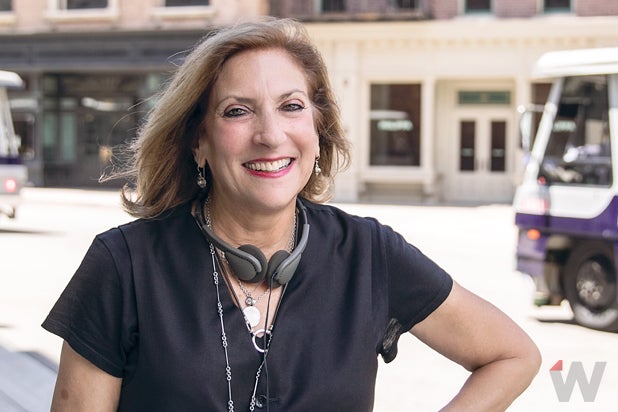 Photograph by Shanna Fisher for TheWrap

This story about Lesli Linka Glatter and “Homeland” first appeared in the Down to the Wire issue of TheWrap’s Emmy magazine.

It’s safe to say that “Homeland,” a flagship for the Showtime network and early awards magnet for star Claire Danes, has had nine lives when it comes to storytelling. After prolonging the explosive water-cooler romance between CIA operative Carrie Mathison (Danes) and double-agent soldier Nicholas Brody (Damien Lewis) for its first two seasons, the show has effectively rebooted with a new terror threat and set of supporting players each year.

The woman who keeps the series close to its knitting as a spy procedural, and helps keep the political world of the show eerily similar to what the U.S. is dealing with in real time, is director Lesli Linka Glatter. This year she was nominated for Outstanding Directing for a Drama Series, one of only three nominations for the show.

Glatter had the task of buttoning up the season-long journey of the show’s first female president (Elizabeth Marvel, who was “never supposed to be a take on Hillary Clinton,” Glatter told TheWrap), putting Carrie through the emotional ringer by threatening the custody of her daughter, and saying goodbye to the series’ long-suffering black-ops soldier Peter Quinn (Rupert Friend).

All in one episode, mind you–the Season 6 finale, “America First.”

“Quinn gave us a chance to look at being a wounded warrior, and how we train our soldiers to be heroic no matter what,” Glatter said of the character, stricken with PTSD and never quite recovered from a noxious gas attack. “Many people who are wounded find totally fulfilling lives, but this is a man who was trained to do a very specific job from a specific background.”

Marvel (who similarly played a presidential nominee on Netflix’s “House of Cards”) and Dane’s characters overthrow an intricate assassination plot against the newly elected leader — but as “America First” shows us in its final moments, this president has a highly questionable moral and ethical compass.

Not that it could possibly rival the actual American political climate. “What I watch and read every day,” Glatter said, “half the time it feels like a movie I would never have the imagination to write.”

Read more in the Down to the Wire issue of TheWrap’s Emmy magazine.