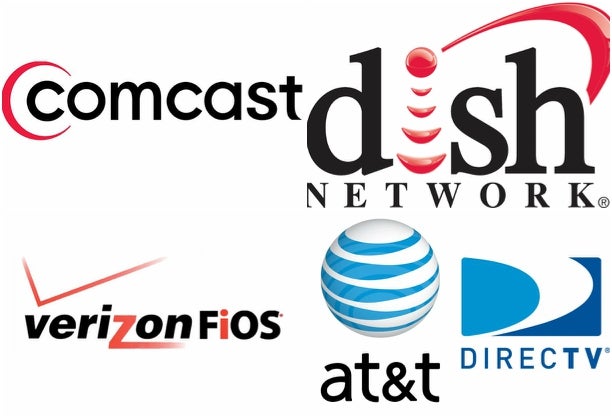 This week, AT&T unveiled DirecTV Now, its ambitious over-the-top streaming service directly targeted at cord-cutters who’ve had enough of paying for cable or satellite TV. It’s yet another blow for the increasingly embattled pay TV industry — but one they might bear some responsibility for accelerating.

As consumers move from a big box in the living room to high-definition screens anywhere and everywhere, a shift to internet TV was probably inevitable. But with constant price jumps and a reputation for adversarial customer service, incumbent cable companies may have helped facilitate their own disruption.

Hale Boggs, the chairman of Manatt Digital Media, told TheWrap that while the rise of streaming can’t simply be chalked up to escalating bills and interminable calls with customer service representatives, traditional cable and satellite providers didn’t exactly help themselves by taking a proactive approach.

“As a general proposition, for the pay-TV industry writ large over a period of many years, there was probably some complacency created,” he said. “You had some legacy customer relationships — frankly, you didn’t have tons of choices. Sort of assuming customers would always be there.”

And like any other quasi-monopoly, there was little incentive to accommodate customers with the pricing and service plans they actually wanted. Taxi services maintained an old-school phone dispatch system and nebulous tipping policies up until ridesharing companies like Uber cannibalized their business — and by then it was too late. Glen Rothstein, a partner at Greenberg Glusker who specializes in entertainment law, told TheWrap that plenty of cable customers also feel like they’re getting a raw deal.

“Many television viewers simply believe they are not getting reasonable value from their cable companies because too many channels exist that they do not watch — and they do not want to pay extra dollars,” Rothstein said.

Americans have been migrating away from those bloated packages in droves. ESPN, a mainstay of basic cable packages, has plunged from 101 million subscribers five years ago to just north of 88 million, with its two biggest subscriber drops ever coming in the last two months.

High-end cable and satellite packages provide more than ever for those who can afford them, from literally thousands of channels to dozens of films on demand and a smorgasbord of live sports, but younger viewers who are tight on cash – or simply don’t want to lock themselves into a byzantine cable contract – aren’t necessarily finding value. Streaming companies – even those owned by traditional TV providers like DirecTV Now and Dish Network’s Sling TV – are marketing directly against those old service models, highlighting the month-to-month, cable box-free aspect of internet TV.

“Many traditional cable television customers believe they are paying less and getting more by switching over to streaming services,” Rothstein said.

The dwindling subscriber numbers certainly speak for themselves, but Boggs said he believes there will always be a market for a premium, fully-loaded cable or satellite service, which the incumbent players are best positioned to continue to deliver. That being said, the advent of streaming services has created alternatives for the millions of Americans who like TV, but not at the terms and conditions offered by Big Cable.

“In the last five years, you’ve had all this competition develop,” Boggs said. “Which is frankly a good thing — it allows choice. I wouldn’t say it’s just a product of bad service or product. I think the product’s pretty good.”

That’s why he thinks AT&T launching DirecTV Now — which, with its enticing introductory offer of more than 100 channels (including high-priced ones like ESPN) for $35 a month, might be the streaming provider to beat — is a savvy attempt to have it both ways. He also sees an opportunity for cable companies to learn from some of the better practices pioneered by streaming companies — which might help them rebuild their reputation.

“[Streaming] makes companies rethink their pricing models and delivery models,” he said. “Cable companies are adapting to that. I think that’s healthy for them, their consumers and their competition.”

And even though the decline of cable subscribers is a real concern — ESPN has been an albatross on Disney’s stock price, even as its movie studio barrels toward a record year — Boggs says it’s wildly premature to declare the era of Big Cable over.

“Even with all of the doom and gloom around ESPN subscriptions, you still have 88 million,” he said. “That’s a really big number.”

Also Read: Live Streaming Services Are All the Rage - But Are There Too Many?

Boggs said that consumers’ price sensitivity with regard to cable is somewhat curious to him, given their usually significantly higher expenditures on wireless data. To him, that means they view their cell phones as absolutely a requirement, while TV is an optional diversion that can be cut back on.

The stats seem to back that up – according to a Pew survey, 64 percent of Americans said they viewed a TV set as a necessity in 2006, but that number dropped to 42 percent in 2010. And a separate Pew survey from last December found that 70 percent of cord cutters have a smartphone.

So while cable companies haven’t done themselves many favors, no amount of friendly customer service could reasonably be expected to stem that tide.

“You get wrapped up in what you’re paying for content coming from cable TV,” he said. “But they can’t live without that mobile device.”

“Captain America: Civil War,” “Fuller House” and a Barack Obama biopic are among the streaming platform’s offerings to close out 2016