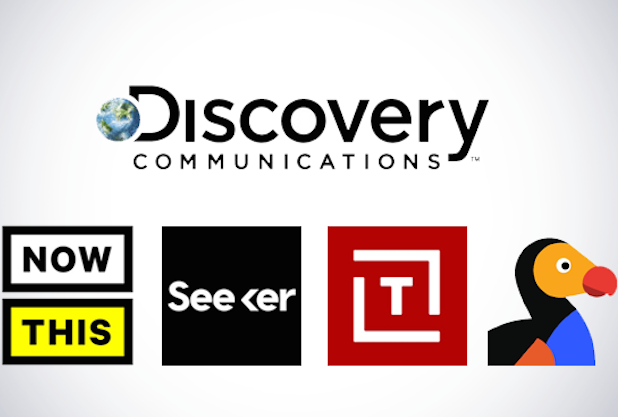 Discovery Communications gave Group Nine Media another vote of confidence on Tuesday, leading a $40 million raise that the company plans on using to boost its digital video content.

The cash infusion comes a year after Discovery put $100 million into the budding media company, which includes video news creator NowThis and food and travel site Thrillist in its arsenal.

“Group Nine has quickly become a Big Three digital-first media company and, with 5 billion monthly streams, an integral part of Discovery’s strategy to nourish audiences across all screens and services,” said Discovery President and CEO David Zaslav in a statement. “The company is completely on track, led by a terrific management team, with superfan brands, strong tech and data and a strategic growth plan. We are proud to make this additional investment to help Group Nine continue its momentum.”

Discovery — parent company of Discovery Channel and Animal Planet — has been rocked by cord-cutting, with shares of its stock falling 40 percent in the last year. Group Nine gives Discovery a pipeline to a younger demo, posting short videos of its heralded “Shark Week” on Snapchat earlier this year.

Group Nine said in a statement accompanying the raise it has 120 million social engagements and 40 million unique visitors to its sites each month. CEO Ben Lerer added the $40 million investment will help the brand invest in “quality content and original IP” moving forward.