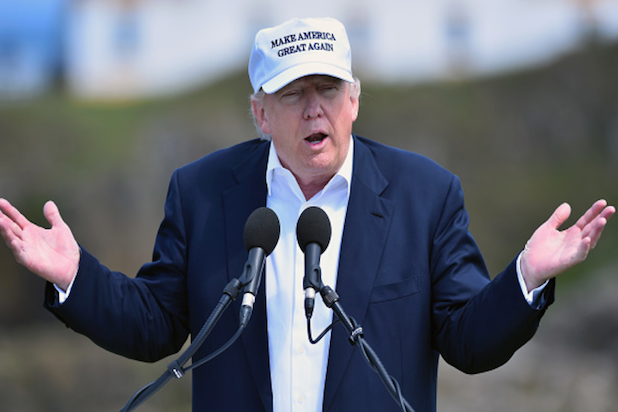 Possible “lawlessness” at this week’s Republican National Convention benefits Donald Trump, according to his top aide, who feels a “lack of respect” for political discourse would be a boon to the presumptive GOP nominee.

“Frankly, that impact will probably help the campaign,” Trump’s campaign chairman Paul Manafort said on Monday to a group of journalists, according to Bloomberg.

The convention, which kicks off tonight in Cleveland, is expected to draw a variety of protestors, but Manafort said they “won’t disrupt inside the hall.”

Manafort said the purpose of the convention is to “expand awareness of who Donald Trump is,” and he doesn’t seem to mind what occurs outside Quicken Loans Arena.

The convention recently made news when the city of Cleveland announced a list of items that are banned from the he 1.7 square-mile “event zone” surrounding the arena. Banned items included sleeping pads, canned good, tennis balls, light bulbs and backpacks, but guns are OK.

The U.S. Secret Service will decide if firearms are allowed inside the convention, but since Ohio is an open-carry state, licensed gun owners are free to carry weapons in the event zone outside of the arena.

The head of Cleveland’s police union asked Ohio Gov. John Kasich to declare a state of emergency yesterday in order to suspend the state’s open-carry law during the RNC. Kasich said in response that his office does not have authority “to arbitrarily suspend federal and state constitutional rights or state laws as suggested.”

A complete list of the rules and banned items in the area surrounding the RNC is available here.