“Our great veterans are being treated terribly,” Trump says in the commercial. “The corruption in the Veteran’s administration, the incompetence is beyond. We will stop that.”

The ad then cuts from Trump sitting at his desk to footage of faceless decorated veterans … who happen to be Russian. 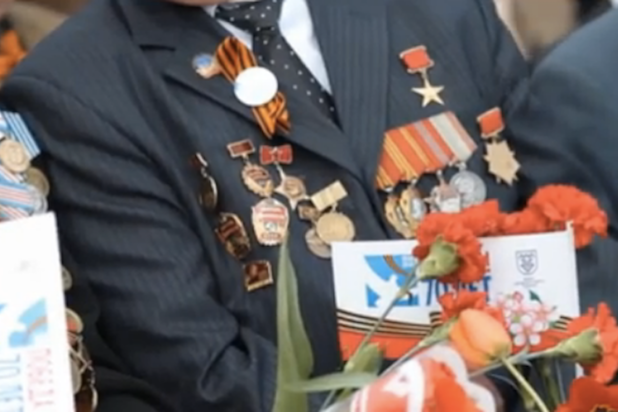 The stock footage of Russian soldiers (see above) has since been changed to a still picture of Trump touching the face of what appears to be an American veteran with a prosthetic arm. 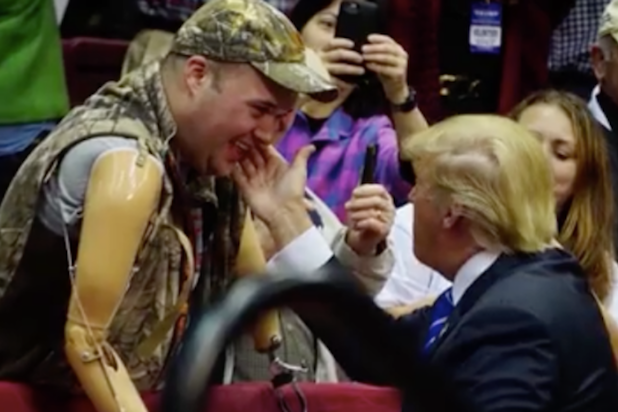 This isn’t the first time the GOP frontrunner has made this snafu. In July, Trump’s campaign produced a promotional image showing soldiers wearing German World War II uniforms instead of American ones.

And earlier this year, Trump’s debut TV spot about Mexican illegal immigration came fire after it was discovered the footage featured immigrants crossing into Morocco, not Mexico.

Watch the original ad above.