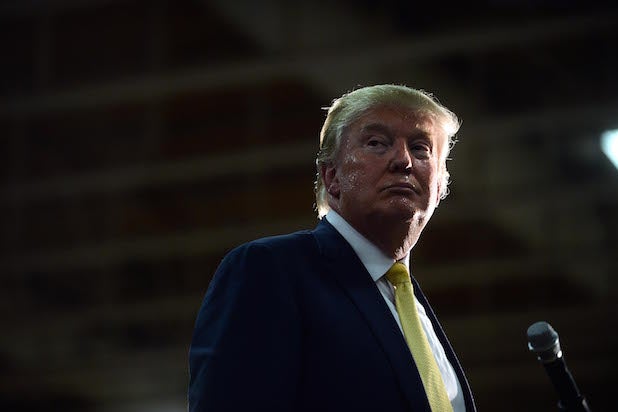 Donald Trump will negotiate the terms of his next debate appearance directly with TV networks, undermining a joint effort by GOP candidates to dictate the direction of future Republican presidential debates.

“We are going to work with everyone but continue to negotiate with the networks,” The Trump campaign said Monday.

The move by the candidates, comes just hours after their campaigns met to craft a three-page letter of possible demands.

Representatives for the GOP candidates huddled on Sunday to organize their demands for future debates, but seemed to accomplish little.

The list of demands also included doing away with yes-or-no questions unless candidates are given enough time to elaborate and keeping the temperature at the venue no higher than 67 degrees.

The campaigns decided to send a co-signed letter to networks this week without collaborating with the Republican National Committee, which many candidates feel has dropped the ball thus far in negotiating favorable debate conditions.

Fox Business will moderate the next GOP debate on Nov. 10.