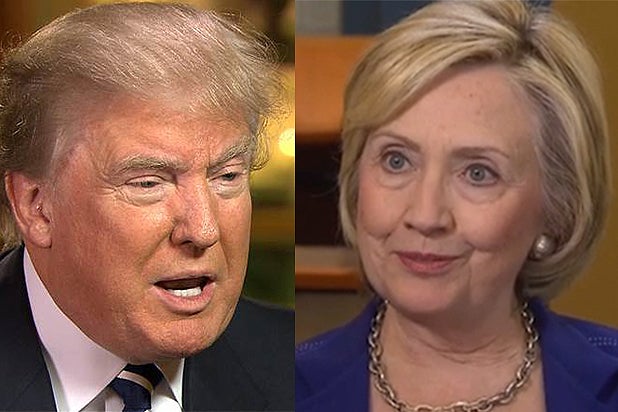 Donald Trump promised an escalation in his rhetoric toward Hillary Clinton, and in his Wednesday morning speech in New York the presumptive GOP Nominee did not disappoint, saying the country’s problems “can only be fixed by me.”

Trump had planned to deliver his address on Clinton last week, but postponed the event because of the nightclub shootings in Orlando, Florida.

Clinton delivered her own speech attacking Trump on Tuesday, during which she warned that the billionaire businessman would plunge the U.S. economy back into recession and said his “reckless” approach would hurt workers still trying to recover from the 2008 economic meltdown.

Also Read: Donald Trump Is Broke (Or at Least His Campaign Is)

Check out Trump’s best rejoinders from his anti-Clinton speech on Wednesday:

When discussing Clinton’s past embellishments, including a “phony” landing in Bosnia during wartime, Trump said of her “total self-serving lie” that “Brian Williams career was destroyed for less.”

“Hillary Clinton is a world-class liar,” he said. “Just look at her pathetic email statements.”

Williams was famously suspended from NBC News for embellishing details regarding his war reporting. He is now a daytime breaking news anchor on MSNBC.

“She gets rich making you poor”

Citing a 40-percent increase in the U.S. trade deficit with China during her term as secretary of state, Trump said, “She let China steal hundreds of billions of dollars in our intellectual property – a crime which is continuing to this day.”

“She gets rich making you poor.”

“She ran the State Department like her own personal hedge fund”

Trump declared that Clinton “has perfected the politics of personal profit and even theft,” saying she “may be the most corrupt person ever to seek the presidency of the Unites States.”

He went on to say that Clinton spent “her entire life” raising money for special interests and has “taken plenty of money out for herself.” Of her time as secretary of state, Trump said, “She ran the State Department like her own personal hedge fund — doing favors for oppressive regimes and, really, many, many others, in exchange for cash.

“While we may not know what is in those deleted emails, our enemies probably do”

Bernie Sanders might have backed off the State Department email scandal during the Democratic primary, but Trump isn’t letting up on his charges that Clinton risked national security by using a private email server while secretary.

Going hard again on her Chinese connections, Trump said, “Her server was easily hacked by foreign governments — perhaps even by her financial backers in Communist China — putting all of America in danger.”

He then mentioned the emails Clinton reportedly deleted from the server.

“While we may not know what is in those deleted emails, our enemies probably do.”

Suggesting Clinton isn’t level to the task of fixing what ails the nation, Trump added a body of water between the U.S. and Mexico, saying, “When I see the crumbling roads and bridges, or the dilapidated airports, or the factories moving overseas to Mexico, or to other countries, I know these problems can all be fixed, but not by Hillary Clinton — only by me.”