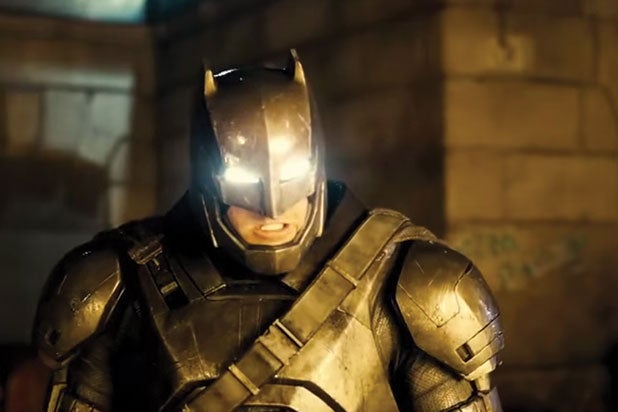 On Wednesday, TheWrap published a guest column titled “Why 3D is No Longer Hollywood Studios’ Savior,” analyzing 3D’s impact on the industry while largely relying on data from research that was originally published by the author over a year ago in February 2015.

One might expect any current assessment of 3D to include last year’s bounty of highly successful 3D titles. Unfortunately, the column made no attempt to include the recent resurgence of 3D, which has been well documented by industry and mainstream media, including reports on this site.

Looking back at 2015, which saw a strong resurgence of the 3D format (a fact that was, regrettably, largely ignored in the column), eight of the 10 highest grossing titles of the year were released in 3D. From “Star Wars: The Force Awakens” and “Jurassic World” to “Minions” and “The Martian,” major 3D motion pictures were released throughout the entire calendar year. In fact, five separate films presented in 3D last year generated more than a billion dollars each in box office revenue.

In recent years, studios have matured their selection of titles deserving to be released or shot in 3D. After the massive success of “Avatar” in 2009, the market was flooded with 3D product — some good — but frankly, some that was bad for business. What we have seen lately is the best and most talented filmmakers adapting state of the art innovations and technology to bring the best 3D experiences to audiences in nearly every genre. Studios are bringing their best to the market and audiences are responding.

Next week, Warner Bros. will release “Batman v Superman: Dawn of Justice” on more than 30,000 screens worldwide. It is expected to be a superhero of a box office performer, and audiences excited about experiencing this movie event in 3D will play a large role in that success. Other highly anticipated 3D titles on the horizon this year include “The Jungle Book,” “Ghostbusters,” “Captain America: Civil War,” “Independence Day: Resurgence” and “Alice Through the Looking Glass,” among many others.

There are now more than 74,500 3D-equipped screens (and growing) around the world. The sheer scale of that global footprint allows for enormous opportunities for studios, filmmakers, exhibitors and audiences, all of whom continue to embrace 3D and the magic that the best of those experiences provide.

View In Gallery
BIO Anthony Marcoly
Anthony Marcoly is president of Worldwide Cinema for RealD, an innovator and licensor of stereoscopic (3D) and other visual technologies for use in the cinema and on consumer electronic devices. RealD has the world's largest 3D cinema platform with over 28,000 screens in 72 countries. Since 2005, over 1.5 billion people have enjoyed more than 200 blockbuster movies in RealD 3D.

Anthony Marcoly is president of Worldwide Cinema for RealD, an innovator and licensor of stereoscopic (3D) and other visual technologies for use in the cinema and on consumer electronic devices. RealD has the world's largest 3D cinema platform with over 28,000 screens in 72 countries. Since 2005, over 1.5 billion people have enjoyed more than 200 blockbuster movies in RealD 3D.