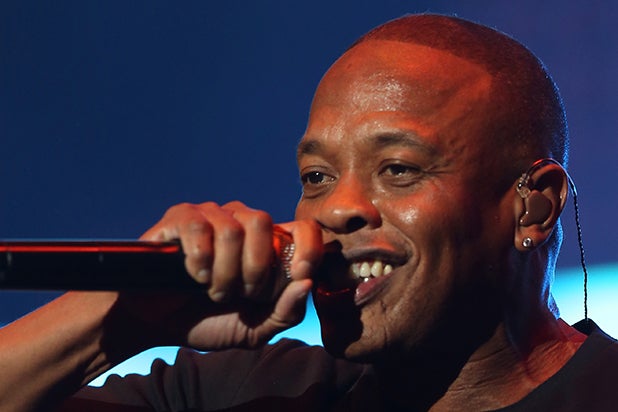 Dr. Dre made more money in 2014 than any musician ever, and he didn’t even release an album.

The rapper and business mogul was named the year’s highest-paid musician on Wednesday, after pulling in $620 million before taxes, according to Forbes. The massive single-year total put him well ahead of second-place finisher, Beyonce.

See photos: Grammy Winners: Where Are They Now? (Photos)

Nearly all of Dre’s calculated earnings came from the summer sale of Beats, the music and electronics company he co-founded in 2008 and sold to Apple in May to the tune of $3 billion.

Beyonce raked in $115 million in 2014, thanks to her sold out Mrs. Carter Show tour, a popular surprise album, and major lucrative contracts with retailer H&M and Pepsi. It’s the “Halo” singer’s most profitable year ever, but it didn’t put her close to Dre’s mark.

In fact, Forbes reports his $500 million-plus margin of victory is the widest gap in list history.

The third act to earn over $100 million in 2014 was The Eagles, with most of the band’s money coming from its History of the Eagles tour. Bon Jovi and Bruce Springsteen rounded out the top five, making over $80 million each.

DJ Calvin Harris made his mark, too, pulling in $66 million, which was the most for an electronic musician. Toby Keith led the way for country artists, pulling in $65 million.