I’d like you to know that I’m a dreamer.

Now I’ve got that surprise over with, let’s talk about how everyone in Los Angeles is a dreamer. At least, those working in the entertainment industry usually are … but let’s include everyone in this, shall we? Because those people selling donuts in a cake shop in a far corner of Pasadena will dream, too: about making the perfect sugary, warm, melt-in-your-mouth, cream-filled donut. 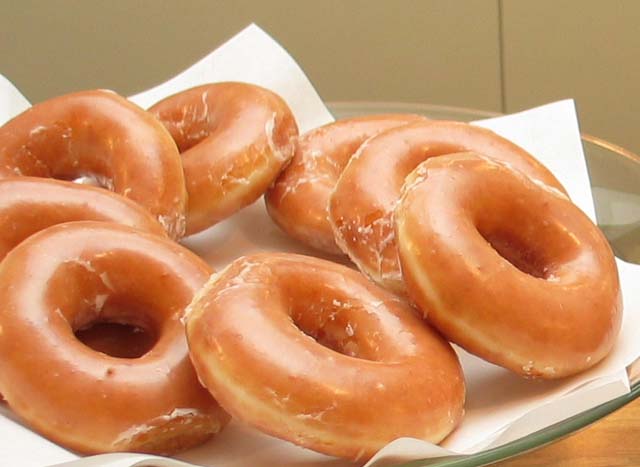 As a British writer in L.A. I’m very aware of the “American Dream” (which has had an unfortunate bashing in the past few years due to the recession, several wars and George W. Bush) and how fantastic it is that there’s a worldwide, ingrained perception you can come to America and fulfil what you want to do in life. Just as long as you work hard.

This culture of self-belief is a wondrous world away from living in the U.K. Not to pour hot donuts on my fellow people (damn, donuts again, sorry), as I love them, but the British do moan a lot and tend to not believe so freely in being allowed to achieve your dreams. We have an annoying, unattractive habit – as a nation – of punishing people who succeed.

I’m just thankful I don’t think like that – why would you want to? Success breeds success and I only want to be around people working toward – and achieving – their dreams.

Which is why being in Los Angeles is so amazing. When was the last time you stopped, stood still and felt the positive energy, vibrancy and buzz of the place?

Go on, do it, I dare you. Pause, step outside (unless you’re already outside, then just stand up please) and ”feeeeeel the energy, man.” The place is humming with it, don’t you think?

OK, that may seem like a strange question, but sometimes it takes an “outsider," a Lone Stranger – such as myself – in this y’ere Wild West to point out the beauty and resource-filled wonder of a place to those of you who live here all the time. Those of you who might be driving around, doing your business and possibly taking it all a little for granted.

But you mustn’t! Both you and I are very lucky to be living in a place entirely geared toward fulfiling your dreams.

The positive, creative energy given off by the people, places and organizations in L.A. that are working hard to produce warehouses full of donuts … er, I mean … dreams, is as immense as it is rewarding to you … if you let it be. And, even if the traffic is bloody terrible in this town, I still think it is a very healthy place to be if you feel you can dream, act on your dreams, be surrounded by similar dreamers and actually achieve your dreams.

OK, so I’ve mentioned the word dream a lot.

But, seriously, I dream of working as a highly paid writer on a network TV show – sci-fi, fantasy or drama preferably, please – and I know I can do it here in L.A. I know I can achieve it. Whereas I dreamt a similar thing in the U.K., but “Hollywood” and all its connotations seemed a lot farther away and everything felt a lot more out of reach (even though I have already written drama TV scripts for the BBC).

So go forth fellow donuters – dreamers – and, whatever it is you’d love to do, please go take a bite of it with the same passion and vigor with which you'd eat the scrummiest, um, OK, donut that you've ever tasted. And be thankful for your place in the world. Be thankful for just how much creative sparkle you can achieve in one day in Los Angeles; because you can achieve some – if not all – of your dreams in one day, you very talented person, you.

What’re you waiting for? Get to it.

BIO Anthony Burt
Anthony Burt is a writer, journalist and voice-over artist from south west England, U.K. Founder of Epic Creations, for the past eight years he has written and edited books, scripts and magazine/newspaper articles for the BBC, the Guardian, Macmillan, Harpercollins, Parragon and Haymarket. He's a passionate film fan who believes in chasing your dreams, so is temporarily based in L.A. pursuing a screenwriting career at the same time as writing a new novel (and getting a Californian suntan).

Anthony Burt is a writer, journalist and voice-over artist from south west England, U.K. Founder of Epic Creations, for the past eight years he has written and edited books, scripts and magazine/newspaper articles for the BBC, the Guardian, Macmillan, Harpercollins, Parragon and Haymarket. He's a passionate film fan who believes in chasing your dreams, so is temporarily based in L.A. pursuing a screenwriting career at the same time as writing a new novel (and getting a Californian suntan).
x