Dwayne Johnson has joined a growing faction of movie business professionals who are vowing to stop using real guns on film and TV sets in the wake of the “Rust” tragedy that killed cinematographer Halyna Hutchins.

Speaking to Variety on a red carpet for his Netflix action movie “Red Notice,” The Rock said that his new rule for any film made through his production company Seven Bucks, no matter which studio, will be to use non-functional rubber and plastic guns.

“Any movie we do, Seven Bucks does, with any studio, the rule is we’re not going to use real guns. That’s it,” Johnson said. “We’re going to switch over to rubber guns, and we’re going to take care of it in post.” 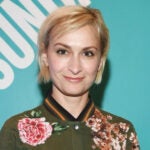 Johnson said that the plan will be to take care of whatever effect is necessary in postproduction and not worry about the cost to do it. And in addition to showrunners like those on “The Boys” or “The Rookie,” Johnson follows a coalition of over 200 cinematographers that earlier this week signed a letter saying they would no longer work on films that utilized live firearms.

Johnson added that he was “heartbroken” when he learned the news of the death on the “Rust” set, in which a live round was fired from a gun held by Alec Baldwin, killing Hutchins and injuring the film’s director, Joel Souza.

“It was the kind of story you read and I’m like, Am I reading that s— right? Could that really happen?” he said. “We lost a life. My heart goes out to her family, and Alec too,” he addded, referring to “Rust” star and producer Alec Baldwin, who fired the fatal shot from the prop gun he had been told was safe to use. 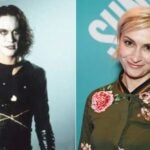 Johnson said he responded quickly to the tragic news to see what steps he could take for his own productions. “Within two hours, I had the entire team on the phone, OK, what can we do now, how can we look at this and move forward in a better way?” he said.

Johnson said he prides himself on knowing that safety protocols are taken seriously and that these are “safe sets” even when accidents happen.

“When something happens at this magnitude, this heartbreaking, I think the most prudent thing and the smartest thing to do is pause for a second and examine how we’re going to move forward,” Johnson said.

Check out the full clip via Variety.