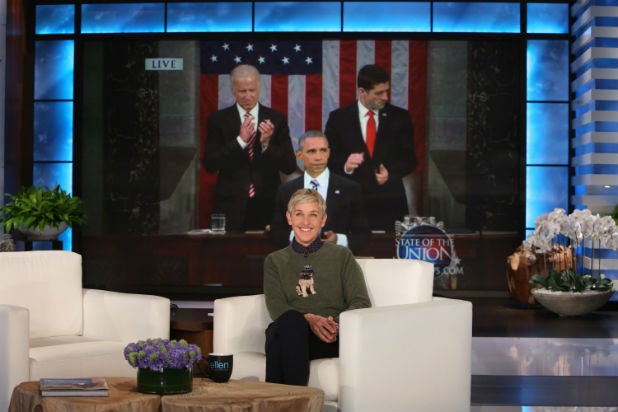 Ellen DeGeneres paid tribute to Barack Obama and his beloved wife, Michelle, on their last official day in the White House prior to the inauguration of Donald Trump.

“I want to personally thank [Barack] for changing my life,” DeGeneres said. “I am a legally married woman because of him, and so is my wife.”

“His courage and compassion created equality for everyone,” she continued. “He moved us forward and made more happen in the past eight years than I ever dreamed possible. I love him. I love Michelle.”

She then played a compilation of both of the Obamas various appearances on the show, including Barack’s first appearance in 2007 and her push-up challenge with Michelle.

We were also reminded of the kind words she spoke about the Obamas when the White House came out in support of same-sex marriage being legalized, and when she “borrowed” the Obamas dog Bo.