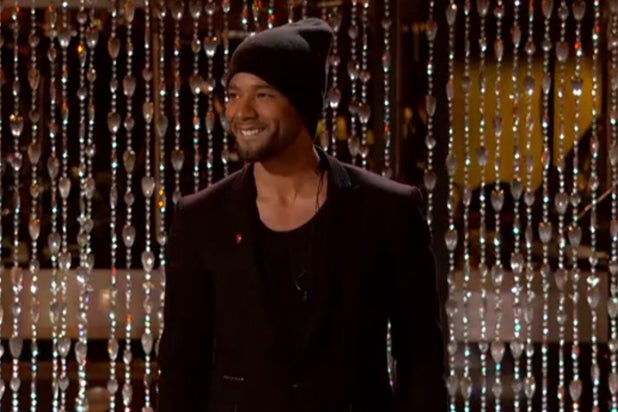 The “Empire” stars shined bright at Sunday’s BET Awards, and Jussie Smollett used that spotlight to celebrate the Supreme Court ruling in favor of marriage equality.

The actor behind Jamal Lyon also summed up the sadness surrounding the Charleston massacre in the middle of his hit song “You’re So Beautiful.”

“No one is free until we are all free,” he continued.

“Stand for love, thank you,” Smollett concluded at the end of his set.

The “Empire” gang also performed “No Apologies” and “Drip Drop” on the awards show.