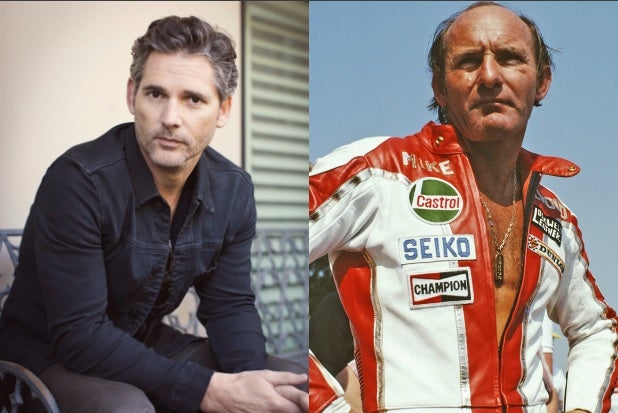 Eric Bana’s Pick Up Truck Pictures and Robert Connolly’s Arenamedia have secured rights to the story of Mike “The Bike” Hailwood, the companies announced on Tuesday. Bana will write the script and star as well as co-direct alongside Connolly.

Considered one of the greatest motorcycle racers of all time, among other accomplishments, Hailwood won the difficult Isle of Man island mountain course 12 times. He retired from mainstream motorcycle racing at the peak of his career in 1967, and over the next decade he switched to professional car racing.

But in 1978 he came out of retirement, securing one of the most celebrated comebacks in motorcycle racing history, winning a crucial race at the Isle of Man in a newly-introduced motorcycle category. He retired for good in 1979 and went into vehicle sales; he died tragically in 1981 while driving with his children, when a truck made an illegal turn and crashed into his car. His daughter also died in the crash.

The feature film will tell the story of his comeback, as the nine-time world champion motorcycle racer returned to the notorious Isle of Man TT after an 11 year hiatus, racing a Ducati. Run on public roads on the British Island, The Isle of Man is known to be the most dangerous Motorsport event in the world, with 151 fatalities since its inception in 1907.

Also Read: Eric Bana on Challenge of Creating a Version of Real-Life 'Dirty John' You Won't 'Wanna Turn Off'

“We are absolutely thrilled that Eric Bana and Robert Connolly have taken Mike’s story to adapt into a feature film about his historic ‘comeback’ race win,” said Hailwood’s widow Pauline Hailwood and their son David in a statement to TheWrap. “We are delighted that Mike will be depicted by Eric Bana, an actor with an immense passion and knowledge of Motorsports, Mike’s career, and a rider himself.”

Connolly and Bana have recently completed the feature film “The Dry,” based on Jane Harper’s worldwide best seller, produced by Bruna Papandrea’s Made up Stories. Bana stars in the film, with Bana and Connolly also producing.

Bana’s directing debut “love The Beast” premiered at the TriBeCa Film festival in 2009, with Connolly’s credits including “Balibo” starring Oscar Isaac and “Paper Planes.” The pair also collaborated on the Australian feature “Romulus My Father.”