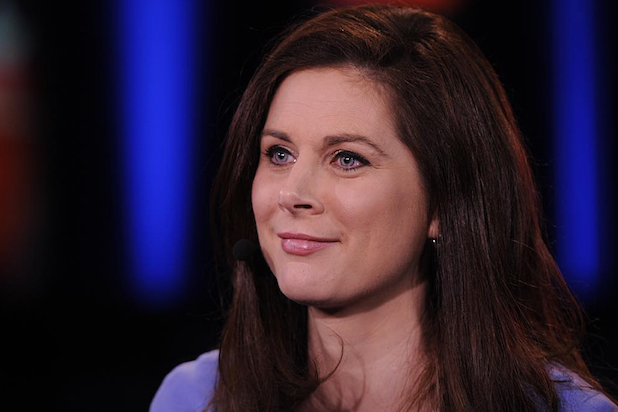 CNN’s Erin Burnett has been on a ratings tear lately and the “OutFront” host credits understanding both her audience and competition for the show’s success.

Burnett’s “OutFront” at 7 p.m. ET has beaten its Fox News competition in the time slot for seven straight days in the key demo, averaging 306,000 viewers age 25-54, compared to 277,000 for “On the Record with Greta Van Susteren.” The milestone represents Burnett’s longest such streak against Fox News, which ended Thursday night. Van Susteren, however, topped Burnett in total viewers over the same period and is leading overall for the month of June.

Burnett regularly beats MSNBC’s “Hardball with Chris Matthews” and is on pace to best it for the month of June, which would mark 24 straight months that CNN topped MSNBC in the 7 p.m. ET hour. Beating Matthews might be business as usual, but the recent victories over Van Susteren indicate “OutFront” is truly picking up steam.

“Our competitors are smart. MSNBC and Fox do different style shows from us, but of course we notice what they do,” Burnett told TheWrap. “I know and respect Chris and Greta. They’re both class acts.”

Burnett says her audience is “smart” and “already read-in” on the day’s news. She credits catering to her viewers specifically for much of the show’s recent success.

“They expect more than headlines or a news reel. They want analysis, they want storytelling that is creative and not what they’ve seen online all day, and they want energy and passion,” Burnett said. “That’s what we work to deliver every night.”

The last few days have been loaded with breaking news on the heels of the tragic terror attack at Pulse nightclub in Orlando, but Burnett’s streak began before the massacre. When CNN doesn’t have a built-in audience waiting on the latest developments from a breaking story, her team has to get creative.

“When news isn’t breaking, we try to pick stories we can add value to with creative reports or guests,” she said. “For example, politics is obviously the big story right now. We decided to interview people who have known Trump in different ways over many years. We did lengthy interviews with Mark Cuban, the reality TV billionaire, who said Trump would cause a market crash of 20 percent or more if elected.”

Barbara Corcoran, who has known Trump for decades, recently told Burnett the GOP’s presumptive nominee for president would never follow through with his promises, while the largest real estate developer in the Middle East, Mohamed Alabbar, spoke about Trump with admiration, but said his Muslim ban was ridiculous.

“We also focus on international and national security stories. We traveled to Cuba on President Obama’s historic visit. I was there when the Tampa Bay Rays baseball player Dayron Varona saw his family for the first time in three years,” Burnett said.  “We were all crying watching. It was a moment that captured the significance of this moment in history. “